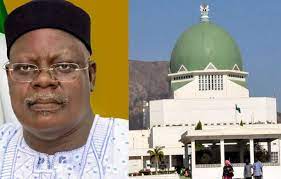 It was reliably gathered that Architect Amos Ojo approached the Chairman of the Commission on Friday to withdraw his letter of request.

The development has paved the way for the Commission to issue out a letter of appointment to an acting CNA who will succeed Architect Ojo.

Sources quoted Architect Ojo to have said that the issue of his staying put in office to observe his pre-retirement leave has generated unnecessary media attention and public outcry.

Consequent upon his resolve not to push further to stay put in office, he was said to have opted to withdraw his letter and proceed on his pre-retirement leave, effective November 14th, 2022.