by Olaotan Falade
in News
Reading Time: 7 mins read
A A
0 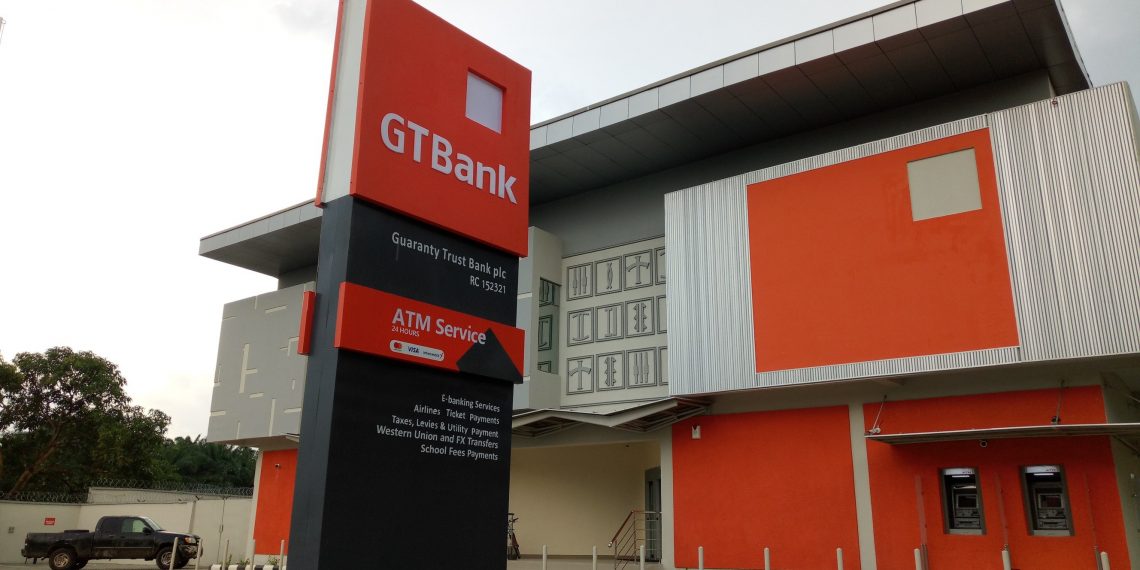 The management of Nosak Nigeria Ltd has appealed to the federal government to intervene over the illegal takeover of its factory by Guarantee Trust Bank (GTBank).

The appeal was made on behalf of the company by its Group Managing Director, Mr. Thomas Oloriegbe.

According to Oloriegbe, the said facility was taken over by GTBank through a receiver manager, Ajibola Aribisala.

The calling of a Christian – Femi Aribisala

Oloriegbe explained that the duo brought in police from Bauchi state to occupy Novak premises at Amuwo Odofin in Lagos state for months now forcing it to stop production.

He said the court order on which Aribisala claimed to have empowered him to occupy the company premises was vacated by the same court but that GTBank and Aribisala have refused to obey the court declaration that their appointment as receiver manager was illegal.

Oloriegbe lamented that the 500 staff members of the company are at the risk of losing their jobs as a result of the continued police presence in the company premises. He further stated that in the past seven months since GTBank took over the company premises, the company’s management has been paying staff out of its savings describing the situation as unsustainable.

Narrating his company’s ordeal in the hands of GTBank and the receiver manager at in statement: “On or about June 2006, Nosak Distilleries Limited obtained various facilities from Guaranty Trust Bank Plc (GTBank) which facilities were duly serviced. However, in January 2013 when Fidelity Bank Plc, one of our lenders in Suit No. FHC/L/CS/24/2013- Nosak Distilleries Limited & Ors vs. Anthony Edoghogho Ogunbor & Ors. appointed a Receiver to manage the assets of the Company as a result of the Company’s alleged indebtedness to Fidelity Bank Plc, GTBank applied through its Solicitors, Kemi Pinheiro SAN & Co to be joined as a party to the suit on the ground that the Company was indebted to it in the sum of N2, 931,254,039.40 (Two Billion, Nine Hundred and Thirty-One Million, Two Hundred and Fifty-Four Thousand, Thirty-Nine Naira, Forty Kobo).

“Nosak Distilleries Limited (NDL) disputed the debt and contended that the alleged debt had been repaid and that GTBank had made unlawful excess charges and unauthorised withdrawals from its account. The alleged debts claimed were unsubstantiated by GTBank. In an effort to resolve the matter, the parties accordingly drew up terms of settlement dated 2nd July, 2013 signed by all the parties and their respective solicitors. By the terms of settlement, the parties agreed among others to submit to an arbiter/auditor to determine the alleged indebtedness, if any and quantum of same. It was further agreed by the terms of settlement that the decision/report of the auditor/arbiter appointed by the Lagos Multi-Door Court House for the parties, shall be final and binding on the parties and shall form part of the Terms of Settlement and filed in court. The Terms of Settlement subsequently filed in court was entered as the Consent judgment of the court on 11th December 2015 by Honourable Justice Aneke.

“The Parties were referred to the Multi-Court of the Lagos High Court, which appointed an Arbiter/ Auditor (Babatunde Ayeni) for the Parties. The Arbiter carried out his forensic duties over a period of six (6) months during which GTBank could not substantiate its claim against NDL and the Arbiter in his Final Report dated 16th March 2015 declared that the sum of N2,931,254,039.40 (Two Billion, Nine Hundred and Thirty-One Million, Two Hundred and Fifty-Four Thousand, Thirty-Nine Naira, Forty Kobo) claimed by GTBank cannot be justified, in other words NDL was not indebted to GTBank. The said Babatunde Ayeni in his report of 16th March 2015, requested for the balance of his fees from the parties having concluded his assignment and he was fully paid in 2015.

“By his report dated 8th January 2016, the Arbiter (the same Babatunde Ayeni) determined, that in respect of the alleged indebtedness of the Company to Fidelity Bank Plc, Fidelity in its computation of the said indebtedness, overcharged the account of the Company by a sum of N949,951,277.00 (Nine Hundred and Forty-Nine Million, Nine Hundred and Fifty-One Thousand, Two Hundred and Seventy Seven Naira), which was liable to be refunded to the Company. In view of the report of the Arbiter as it relates to GTBank, declaring that NDL is NOT indebted to GTBank, the Directors and Shareholders of NDL instituted a fresh action in Suit No. FHC/L/CS/74/16 by Originating Summons at the Federal High Court, Lagos. The action was for the recovery of all payments collected by GTBank prior to the report of the Arbiter and also to set aside the receivership of an earlier Receiver (Akin Obisesan), appointed by GTBank. Upon filing of the Originating summons which was supposed to be heard on the 27th of June, 2016, GTBank subsequently filed a preliminary objection challenging the jurisdiction of the Court.

“While the matter was pending and without any judgment in their favour, representatives of GTBank, its purported Receiver, solicitors and some prospective buyers entered into our factory with an unsigned warrant from the Federal High Court in an apparent effort to sell the factory and assets of the company and in purported execution of a non-existing judgment debt in suit No. FHC/L/CS/24/2013. Please note that no judge of the Federal High approved or signed any writ of execution in favour of GTBank (as obviously there was no judgment debt to enforce). This abhorrent, illegal and unethical conduct of GTBank and its then solicitors was brought to the attention of the court by an application filed by our solicitors. Honourable Justice M.S. Hassan on the 26th of September 2016 based on our application, set aside the unlawful execution. Subsequently in suit No. FHC/L/CS/74/16 the court granted an order of injunction to the effect that all parties should maintain status quo ante bellum pending the hearing of all applications in the proceedings. GTBank immediately filed an interlocutory appeal at the Court of Appeal challenging the order of the Court. The matter at the Federal High Court was subsequently adjourned sine die. GTB and its then solicitors after about two (2) years or so withdrew the appeal against the order of injunction.

“We have since applied to the court for the restoration of the suit on the cause so that trial may commence. Please recall that parties in suit No. FHC/L/CS/24/203, i.e Fidelity Bank, GTBank, the Directors of Nosak entered into a term of settlement signed by the parties and their respective solicitors which was filed and entered as consent judgment by Honourable Justice Aneke on 11 December 2015. In compliance with the terms of settlement which made the report of the Arbiter final and binding on the parties, both Fidelity Bank Plc and our Company accepted the report of the Arbiter in good faith and in accordance with the Terms of Settlement. The Company and Fidelity Bank subsequently entered into an agreement on the repayment of the sum determined as outstanding by the Arbiter. The Company completed payment of all outstanding payment to Fidelity Bank in December 2020.

“Strangely, while the interlocutory appeal in suit No. FHC/L/CS/74/16 was pending, we received a letter dated 1st November 2017, (a period of over two years and eight months after his final report of 16th March 2015) from the Arbiter, Mr. Babatunde Ayeni stating that he had received and reviewed documents from GTBank in respect of the alleged loan and that the company was indebted to Guaranty Trust Bank to the tune of N2,791,333,003.78 (Two Billion, Seven Hundred and Ninety-One Million, Three Hundred and Thirty-Three Thousand, Three Naira and Seventy-Eight Kobo). Please recall that he had completed his assignment in March 2015, requested for the balance of his fees and was fully paid in 2015. It is important to state that Mr. Babatunde Ayeni never notified or requested for documents in respect of the transaction from the Directors of Nosak Distilleries Limited or our Solicitors during the preparation of his new report.

“The Company filed a new action in court challenging the purported new report dated 1st November 2017 presented by Babatunde Ayeni and Guaranty Trust Bank at the Federal High Court in Suit No. FHC/L/CS/1765/17 and also issued a Petition dated 15th November 2017 reporting the conduct and activities of Babatunde Ayeni to the Institute of Chartered Accountants of Nigeria (ICAN). On the 27th of March 2019, the Hon, Justice M.S. Hassan delivered judgment in favour of Nosak Distilleries Limited declaring Mr. Babatunde Ayeni functus officio and that he could not revisit the process without the consent of all the parties. The Honourable Court further quashed the report of Babatunde Ayeni dated 1st November 2017 and prohibited GTBank from executing and or implementing the content of the report as it pertains the assets and properties of Nosak. In other words that the report cannot be the basis of determination of the alleged debt (if any) between the Parties. Guaranty Trust Bank appealed the decision of the Court, which appeal is pending.

Strangely and in violation of the judgment in suit FHC/L/CS/1765/2017, GTB and its purported new Receiver Manager, Chief A. A. Aribisala on the basis of that report already quashed, obtained the exparte orders in three separate suits that were illegally enforced on our Companies. “On Friday 29th January, 2021, court bailiffs of the Federal High Court accompanied by representatives of Chief Ajibola A. Aribisala (SAN) and police officers of the Special Protection Unit from Bauchi State (Illegally deployed), purportedly acting further on an Exparte Order granted by Justice A. M. Liman of the Federal High Court stormed the Head Office of Nosak Group at 2, Ramat Crescent, Ogudu GRA, Lagos with stern looking Policemen and forcefully ordered the staff of the Company out of the office premises. In the same vein the team also visited Home Affairs Supermarket at 116, Ogudu Ojota Road as well as Nosak Distilleries Limited premises located at Amuwo Odofin and shut down all operations at the locations. The exparte orders were in respect of three different law suits filed by Chief Ajibola A. Aribisala (SAN) against Nosak Agencies “Limited and Nosak Distilleries Limited in Suit No. FHC/L/CS/14/2021, FHC/L/CS/15/2021 and FHC/L/CS/16/2021 alleging a debt to the Bank to the tune of N4,882,845,134.51(Four Billion Eight Hundred and Eighty Two Million, Eight Hundred and Forty five Thousand, One Hundred and Thirty Four Naira, Fifty One Kobo) only.