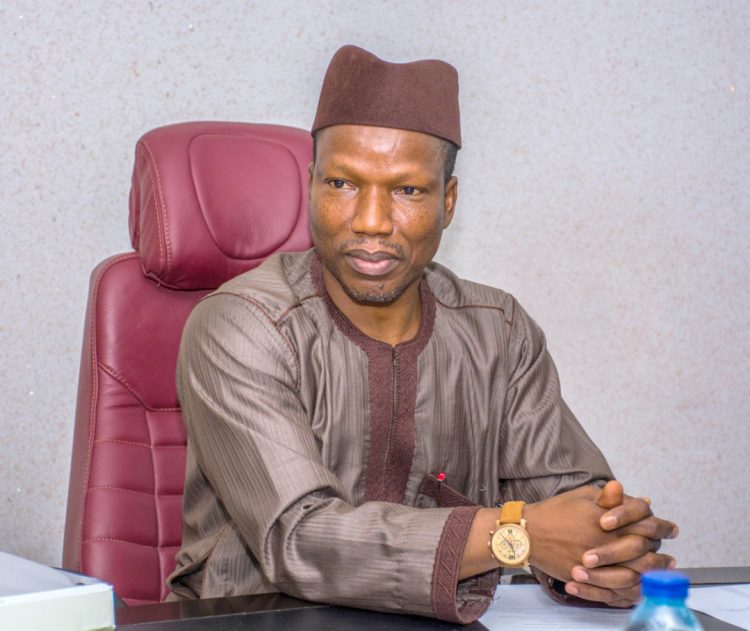 At a time it is widely acclaimed that one of Nigeria’s biggest needs is to get purposeful leadership at the helm of affairs in several sectors in the country, the stewardship and commitment so far displayed by the Managing Director of Federal Airports Authority of Nigeria (FAAN), Capt. Rabiu Yadudu, is highly commendable, despite long years the aviation body has spent struggling with corporate war entanglement, among other challenges.

For a better appreciation of Yadudu’s sterling roles in FAAN, it will only be rational to assess his administration from the time he took over the mantle of leadership on May 20, 2019. When Yadudu assumed office, the aviation agency was faced with various degrees of challenges ranging from safety issues in Nigerian airports to poor personnel and project management.

Being a former Director of Airport Operations, several industry observers rated his entrance as a final answer the system needs to get fixed; they described him as a round peg in a round hole aligning with the clarion call by stakeholders for a leadership headed by a technocrat within the system.

Without wasting time, Yadudu upon assuming office, swung into action with his primary vision to move the aviation sector to the next level to be at par with the rest of the world in terms of performance and functionality and this he has strategically implemented by improving personnel, facilities, structures, procedures and processes; all aspects of airport operations and management.

One thing many Aviation stakeholders unanimously agree he has done well was to strengthen the existing security at airports amid new and emerging security threats to airport operations. Earlier this year, when an intruder breached security at the Murtala Muhammed International Airport (MMIA) by attempting to climb an aircraft, the MD swiftly took responsibility, placing the officers involved on suspension. After which, he has, in partnership with relevant agencies, overhauled the security architecture at the airports across Nigeria. The safety and security currently enjoyed at the nation’s airports were attributed to many factors; not excluding the state of airports both at the airside and landside.

He paid stern attention to ensuring FAAN carry out its statutory duties with due process practices in line with government policies which are also in conformity with global best practices in the international aviation industry. No wonder, the FAAN of today, according to one commentator, is not far from its mission; ‘To develop and profitably manage customer-centric airport facilities for safe, secure and efficient carriage of passengers and goods at world-class standards of quality.”

Keeping to his promise to improve services rendered by FAAN, especially with respect to robust capacity building and personnel development, Yadudu stepped up the game and this is evident in the high productivity recorded by the aviation group today. “He has a lot of interest in Human Capital Development, which wasn’t really all-encompassing in the past. Possibly because of the cost of training; out of station or even offshore, a top staff of the Authority volunteered on a social media post recently. His frugal and prudent management of resources has seen him device a cost-saving but highly effective continuous in-plant training. This has been going on in batches and cuts across all cadres and departments of FAAN. This all-inclusive trend is greatly appreciated amongst staff as this is a departure from what was obtained in the past. During a recent meeting which the MD held with some management staff, some of the senior staff in attendance particularly hailed a recently- concluded course which they attended at FAAN training school.

He suggested that particular training should go round not just among all FAAN Staff, but also to other airport staff and concessionaires.

For infrastructural development, he has in the pipeline, total refurbishment of escalators, lifts and conveyor belts of MMA. The Safety concerns of Enugu Airport have lingered for a long time. he took a radical and bold, even if an unpopular step of closing the airport (against all odds) for total renovation and refurbishment, work on which has started in earnest.

Additionally, work would soon begin on the Taxiway B of MMA. Contractors have already been mobilized to site. This would give the MMA, an additional and alternate to Taxiway A. This is also, indeed, a milestone in airport facilitation.

Under his watch, all the country’s international airports have Emergency Operation Centres (EOC) to respond swiftly to emergencies. For instance, he personally inaugurated the EOC at the Kaduna International Airport some months ago with the plan to replicate the same in other airports. Apart from holding several meetings with key stakeholders in the industry, including the unions, the MD has continued to consult widely without leaving out any group, a move widely applauded by experts progressive just as it is forward-looking. In the South East, for example, the MD’s several engagements with Enugu State Governor, Ifeanyi Ugwanyi, fast-tracked the removal of all impediments at Akanu Ibiam International Airport which has now been shut down for major repairs. Also, he has engaged with the Imo State Governor, Rt. Hon. Emeka Ihedioha, where he called for collaboration with the state in the efforts of FAAN to enthrone a better airport environment for quality service delivery. The similar engagement has been held with the Oyo State Governor, Seyi Makinde with the latter promising to assist FAAN to expand the runway of the airport to accommodate wide-bodied aircraft.

The closure of Akanu Ibiam International Airport runway, where FAAN has commenced rehabilitation works to deliver ahead of the December 2019 deadline set for the completion.

Considering all these strides, It is safe to assume that, FAAN under the watch of Capt. Yadudu is undergoing quite a transformation that is redefined the aviation sector beyond mere promises as usually the case with most public office holders, and one could only hope that he keeps on working on set his targets until Nigerian aviation sector fully becomes what everyone in the country craves for.

Julius Berger to divert another section of Lagos– badan expressway