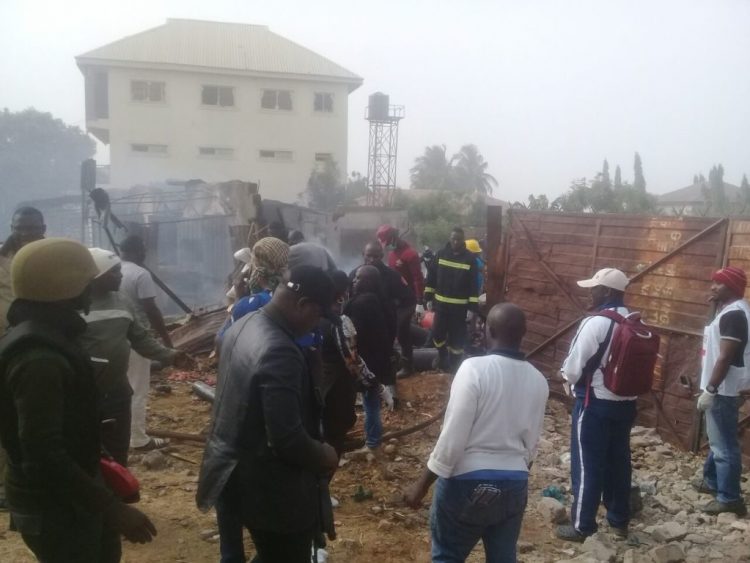 The News Agency of Nigeria (NAN) reports that the incident occurred at about 2:00 pm on Kachia road by Anguwn Boro in Kaduna.

NAN reports that some resident seen crying at the scene said  the explosion occurred at the gas refill centre trapping many people in the inferno.

NAN also reports that many shops, mostly salons, plumbing materials, boutique and others  were affected.

An eye witness, Francis Yusuf, said he just left the barbing salon when the explosion occurred.

“I was leaving the saloon and left 3 persons waiting for their turn to cut their hair when a few seconds after I heard the blast behind me.”

Another eye witness, Mohammed Baba who said he was driving his tanker when he saw the explosion that started from the gas shop and had to reverse back.

“I just loaded product from NNPC when I saw a blast in front of me as some persons where passing in front of the shop when the explosion happened.”

Samuel Aruwan, Commissioner, Internal Security and Home Affairs, said the number of persons affected cannot be ascertained now until investigations have been carried out.

“As you can see search and rescue is in progress but we have had case of injured persons that have been rushed to the hospital for medical attention.”

He assured that the state government would stop the operation of gas sales in residential areas.

He said the situation was put undercontrol by men of the fire service in combined efforts of  the Police, Civil Defence, Red Cross and the Federal Road Safety  Corps.

Aboi said those who sustaind severe injuries as a result of the blast have been rushed to the hospital for intensive care.

He said several cars were affected while several building glasses where shattered. 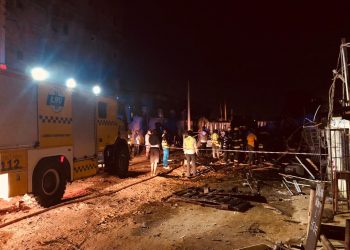 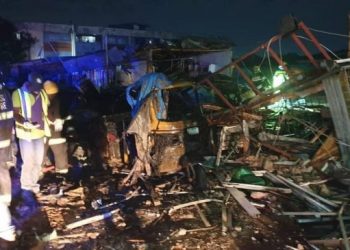