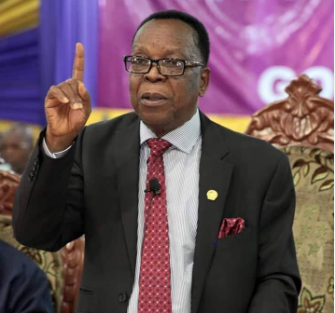 The President of Lord’s Ministry of God’s Kingdom Society (GKS) (the Church of the Living God), Brother Godwin Ifeacho is dead.

According to a statement released by the Ministry, the clergy died on Thursday, April 22, 2021 at the age of 81 years.

He is survived by his wife, six children, several grandchildren, relations.

The burial arrangement will be announced later by the family.

“The Lord’s Ministry of God’s Kingdom Society (GKS) – The Church of the Living God, hereby announces with deep spiritual grief but with total submission to the will of God Almighty for a fulfilled Christian life, the death of a loyal, committed, humble and gallant soldier of Jesus Christ, the President of God’s Kingdom Society (GKS) Brother (Pa) Godwin Onukwulunjo Ifeacho.

“An Igbo by tribe, Late Brother (Pa) Godwin O. Ifeacho hailed from Ogwu-Ikpele in Ogbaru Local Government Area of Anambra State. He joined the Faith of God’s Kingdom Society in 1957 at Warri. In 1961, he was adopted as a Minister of the gospel and he rose to the status of a Senior Minister and Trustee of the Church. He was inducted as the Chairman of the Executive Board of GKS on Sunday July 24, 2011 and was later appointed as the President of God’s Kingdom Society on Sunday, March 27, 2016 by God’s grace. He remained steadfast till his death.”

He is survived by his wife, six children, several grandchildren, relations and numerous Christian brothers and sisters, amongst whom are: