Buhari @75: Best gift he can give Nigerians is his resignation letter – Fani-Kayode

The products of the school over the last 75 years include top diplomats, public administrators, corporate titans, leaders in various professions and academics, but Arc Majoroh regretted the quality of teaching and learning at the school in recent years, which he says the old boys association has taken up as a challenge.

According to him, the neglect of the school by the government for many years forced the Old Boys to deploy resources to restore the facilities at the school, adding that virtually all the student hostels, classrooms, laboratories, library, administrative block and recreational facilities have been restored and in some cases upgraded.

In furtherance of the restoration project, the Class of 1970, which will be celebrating its Golden Jubilee anniversary of admission to GCU, has renovated the School Assembly Hall, one of the projects to be inaugurated at the Platinum Anniversary Celebrations.

Arc Majoroh who was flanked by Mr Roy Odoko, Secretary General of GCUOBA Worldwide; and Mr Obed Awowede, National Publicity Secretary of the Association; said the Old Boys Association is committed to ‘restoring the lost glories of the school to ensure a good place for current and future students to learn.’

However, he was critical of the admission process into public schools, which he said has lowered standards and encouraged examination malpractices.

The Leading Lights recipients are 13 old boys across the generations who have made their mark in the humanities:

The well-deserved twelve awardees are honoured to reinforce the Old School value of rewarding excellence. The Platinum Anniversary of GCU provides a great opportunity for score-keeping and sober reflection. According to the Old Boys, it is vital that “the Old School sustains the tradition of producing great minds that go on to positively impact the larger society and the world in the years and decades ahead.”

Government College Ughelli was founded on 17th January, 1945. The Old Boys association’s Constitution stipulates that the Founder’s Day celebration should be on a Wednesday nearest to 17th January for administrative convenience. 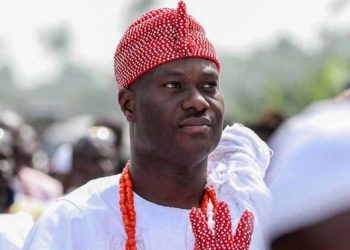 Buhari @75: Best gift he can give Nigerians is his resignation letter – Fani-Kayode