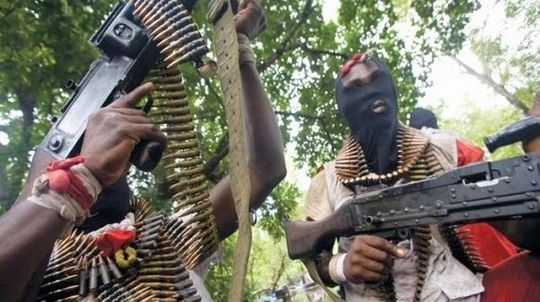 One police officer has been killed and two patrol vehicles burnt following an attack on the Ohauku Divisional Headquarters of the Ebonyi State Police Command by suspected gunmen.

The incident was said to have occurred on Sunday night but the police authorities reacted on Monday.

She said the officer died while being rushed to the hospital for medical attention after he sustained gunshot wounds.

But the police spokesperson debunked some media reports that the gunmen freed some inmates.

According to Odah, the Commissioner of Police, CP Aliyu Garba has visited the scene of the unfortunate incident and called on people in the area to assist the police in arresting those behind the attack.

Sunday’s attack is the latest in a series of attacks on police stations and security personnel in the South-East region.

Dozens of officers have been killed in the southeast this year in attacks authorities blame on the Indigenous People of Biafra (IPOB), a separatist movement agitating for a breakaway state for the ethnic Igbo people.

Over 30 killed in overnight attacks on Sokoto market

Over 30 killed in overnight attacks on Sokoto market