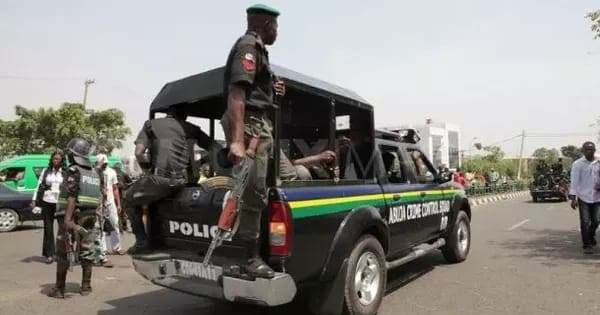 The police command in Lagos State has confirmed the killing, by gunmen, of an inspector inside a commercial tricycle.

The spokesman for the command, SP Benjamin Hundeyin, made the confirmation on Thursday in Lagos.

He said that the deceased, attached to Mopol 20, Ikeja, was shot on Wednesday at Coker Aguda in Surulere, Lagos State.

The spokesman said that the identity of the deceased would only be revealed after contacting his family members.

The spokesman said that the command was making efforts to arrest those behind the killing.

Hundeyin said that the tricycle driver was taken to a police station for questioning after the incident, and was later released to appear again on Thursday to assist in the investigation.

The image maker said that the inspector was guarding a bank but the incident didn’t happen at his duty post.

“He had left and was going somewhere inside a tricycle. He actually hired the tricycle and was the only passenger.

“He was attacked, shot and his service pistol taken away. It happened in the afternoon, around 3.00 p.m. He died in the night,” the spokesman said.