by Ediri Oyibo
in Crime Watch, News
Reading Time: 1 min read
A A
0

A 32-year-old herbalist, Monday Ishaku has allegedly raped a married woman (name withheld) brought to him for treatment in Bauchi State after putting her under a spell.

It was gathered that the randy herbalist enchanted the housewife, using intoxicants before committing the nefarious act.

The Bauchi State Police Command confirmed the development, in a statement released on Tuesday by the Public Relations Officer, Ahmed Wakil.

According to the statement, it was the 19-year-old daughter of the woman who was sick that was taken to the herbalist for treatment in the first instance.

“The husband of the victim said his 19-year-old daughter was sick and after medical treatment did not improve her condition he decided to take her to Monday Ishaku who told the man that his wife was responsible for their daughter’s sickness.

“He promised to treat both the mother and the daughter in the night. In view of this, the suspect tricked the dire health seekers and committed an atrocious act,” the statement reads.

According to the police, the matter is being invested further and details would be provided to the public. 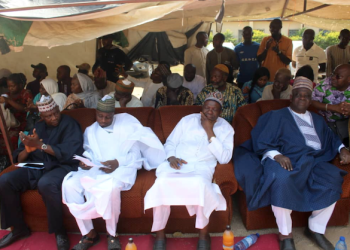