Husband of late Osinachi is an animal – Minister of Women Affairs 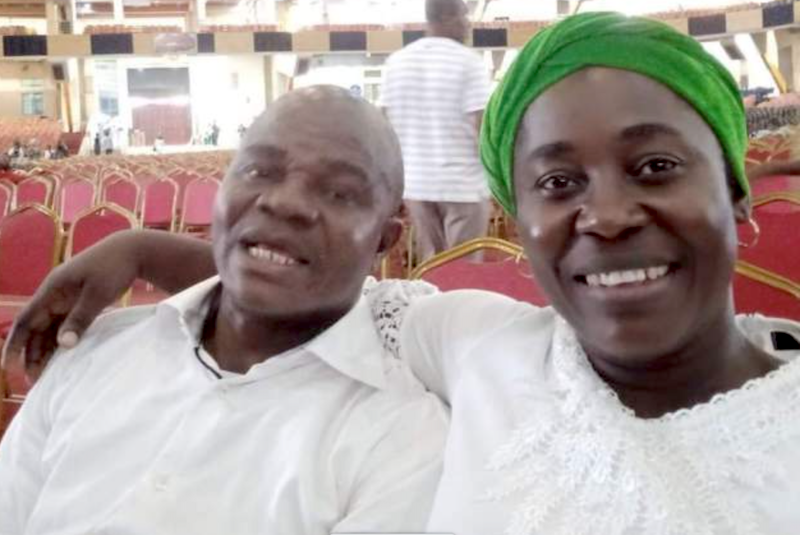 Tallen said this on Thursday in Abuja as she urged Nigerian women to speak out when in a marriage that is full of violence.

While fielding questions from journalists at a world press conference organised by Women Radio 91.7 FM and Nigerian Women Trust Funds on “the Landmark Judgment on 35% Affirmative Action for Women on April 6, 2022”, the minister described Osinachi’s death as “appalling.”

The death of the famous gospel singer had allegedly been linked to the domestic violence she suffered from her husband, Peter Nwachukwu. Though Peter had since denied abusing his wife, evidence from their children and colleagues of Nwachukwu had proven otherwise.

“We are still mourning our sister, the lady with golden voice, who had suffered humiliation, pains til her dead. Women must come out and speak; all men and women of conscience should always come out and speak.

“We call on neighbours where this act is being perpetrated to come out and speak. It is so sad that so many women are living in abusive marriage but are afraid to leave just because of what the society will say,” she said.

Tallen said though she was not in support of divorce, where a woman was being subjected to all forms of violence, they should come out and voiced out.

“Though she (Osinachi) is a twin, her twin sister cannot play her role. She is gone,” she said.

The minister, who condemned Nwachukwu’s attitude to his wife, said it was until she spoke one-on-one with the deceased children that their father’s violent act was revealed.

“Her story is appalling. The man is bad; I won’t even call him a man but an animal. Until I spoke with her four children who opened up that the father said they should not tell anyone of their mother’s experience.

“I called the children separate and spoke to them. The first son spoke to me and opened up. He took me to the second child in another room and narrated the ugly experience too.

“I have spoken with Mr President on this and he is committed and we will follow it to the latter. The I-G is also involved,” he said.

She, therefore, called for quick dispensation of justice on the matter, saying “justice delay is justice denied.”

“There is another case in Ebonyi where a man placed hot iron in a woman’s private part and you said you want to investigate. What sort of investigation do you still need?,” she asked.

The minister, who described the late singer as “the breed winner of the family,” said her husband ensured she was cut off from her immediate family members to perpetrate the act.

Her words: “When she sings, the man collects her royalties. But she goes out and comes back begging on her kneel. At times, she sleeps in uncompleted building. This is horrible!”

2023: Omo-Agege shakes Delta as he declares for governorship