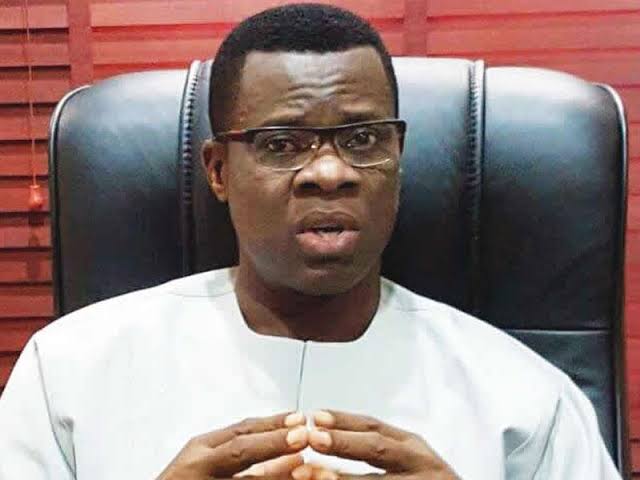 After a glorious service to his father land Mike Igini the no noneense electoral umpire and immediate past REC of Akwa Ibom was recently honoured by his friends, powerful colleagues for exhibiting a high level of professionalism while discharging his job.

In his remarks at the occasion, the President of the NBA, Olumide Akpata noted that the reception was to say thank you to Igini for a job well done and also help to promote the replication of people like him in public office. “Igini has done well and made us proud, I am proud to call him my friend”, he declared.

Osa Director, a veteran journalist and lawyer said Igini has made adherents of social activism proud. In his words, “we have seen activists go into government and public offices, we all know how most of them ended up, Igini showed character and commitment to integrity and the virtues of accountability and transparency while on duty”.

In his response, Igini, who was caught by surprise at the gesture, thanked his friends and colleagues for thinking it wise to honour him and promised never to let them down both in his public and private life.

The occasion was graced by prominent lawyers and businessmen, including Kadiri Yusuf, SAN, Clement Onwuewunor, SAN, Rockso n Igelige, a prominent entertainment lawyer and former deputy editor of Vanguard Newspaper, now a major player in the oil and gas industry, Blessyn Okpowo, among several others.