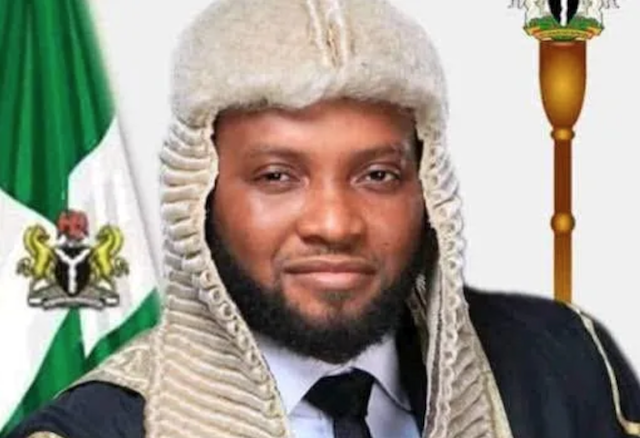 The Deputy Speaker of the Imo State House of Assembly, Hon. Amarachi Iwuanyanwu, was on Friday, declared wanted by a Federal High Court sitting in Abuja over his alleged involvement in a N785 million fraud.

The court issued a warrant of arrest for his arrest and ordered Economic and Financial Crimes Commission, Nigeria Police, Department of State Services, Nigerian Immigration Services and the Interpol to arrest the lawmaker on sight, “anywhere he is sighted in Nigeria or outside Nigeria and produce him before this honourable court or to the EFCC headquarters, Abuja”.

It was learnt that the order for Iwuanyawu’s arrest was a sequel to an ex-parte application dated November 14, which the EFCC brought before the court through its lawyer, Mr. Olanrewaju Adeola.

EFCC told the court in the application marked: FHC/ABJ/CS/2124/2024, that it got intelligence that the lawmaker had since escaped from the country and was hiding in the United States of America.

The agency maintained that the Respondent refused to make himself available to respond to a petition that was lodged against him and his company, Sun Gold Estate Limited.

A firm, Hakiz Investment Company Limited, had in the petition that was signed by its lawyer, Mr. A. A Malik, SAN, and addressed to its Chairman alleged that sometime in 2012, it entered into a Memorandum of Understanding with Iwuanyanwu’s company.

The agreement was for it to develop an estate comprising 14 units of 4 bedroom terrace and one block of six flats on the petitioner’s land situated at Mabuchi Abuja, according to the EFCC.

However, the anti-graft agency alleged that its investigations revealed that “upon completion of the estate, the Respondent sold all the buildings and criminally diverted the funds without the knowledge of the Complainant”.

“That the market value of 40% of the buildings is about N785 million. That investigation is still ongoing and all invitations extended to both Iwuanyanwu and his company proved abortive.

“That a lawyer to the Respondent had on one of the occasions, received a copy of the invitation on his behalf and made promises that he would be available for questioning. That there is an intelligence report that the Respondent is in the USA.

“That without the suspect being apprehended or voluntarily coming to state their side of the story, the investigation will be incomplete.

“That in the light of the calculated effort by the suspect to remain evasive, there is a need to place the suspect on watch list of the Commission, the police and any other law enforcement,” EFCC averred in an affidavit that was deposed to by one of its officials, Ufuoma Ezire.

EFCC maintained that it would be in the interest of justice for the court to issue an arrest warrant against the Respondent.

The Commission told the court that it had since written of its investigative activities to the Corporate Affairs Commission, banks, and other relevant agencies.