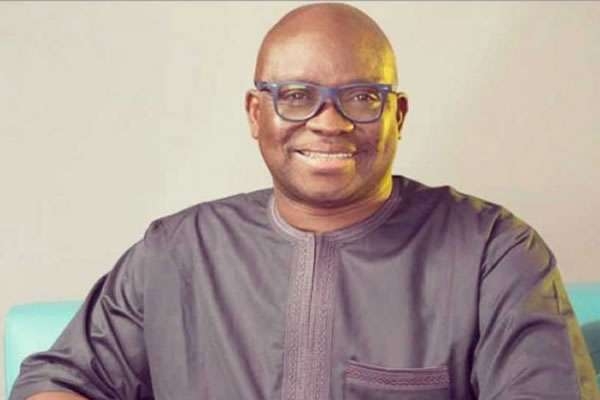 A pro-anti-corruption group, the Coalition for Good Governance and Anti-Corruption has called on the National Assembly to immediately impeach Ekiti State governor, Ayodele Fayose.

The group claimed that Fayose had no regard for the office he was occupying.

Peter Obi is more of chronic cancer to PDP – Fayose

Addressing newsmen in Abuja, National Secretary of the coalition, Comrade Audu Joseph said it had become necessary to impeach the governor over several allegations of corruption and criminal conducts surrounding him.

Joseph said failure to impeach Fayose within or after 14 days will draw mass protest from Nigerians.

According to him, the coalition has the mandate of 34 Civil Society organizations that are on standby to mobilize not just their members but also Nigerians from all walks of life if the government continues to pander to Fayose’s antics as opposed to heeding the calls by Nigerians.

He said, “There is proof that the Ekiti State House of Assembly can no longer perform its functions and the National Assembly should consider taking over those functions to ensure that the needful is done.”

He said, “To the National Assembly, we demand that a declaration of the doctrine of necessity to waive Fayose’s immunity is non-negotiable at this point such that people enjoying immunity can be allowed to answer to criminal charges like the current situation where security funds were embezzled and millions of Nigerians including the armed forces had to pay the supreme price.

“In the last quarter of 2016, details emerged of how N4.7 billion naira being part of the stolen $2.1 billion meant for arms purchase found its way into Ayo Fayose’s bank account after the money was ferried across the country in a private jet and bullion vans, according to Obanikoro’s testimony after he turned himself in to the Economic and Financial Crimes Commission (EFCC).‎

“Just a few days ago, on December 29, 2016 another audio surfaced of Fayose with his partner in crime, Rivers State governor, Nyesom Wike, in which both men discussed without remorse, about how they compromised the December 10 legislative election re-run in Rivers state.‎

“Not once did either of them acknowledge the magnitude of the crime committed, which included the murder of some policemen in addition to the now habitual sabotaging of the wishes of the electorates.”