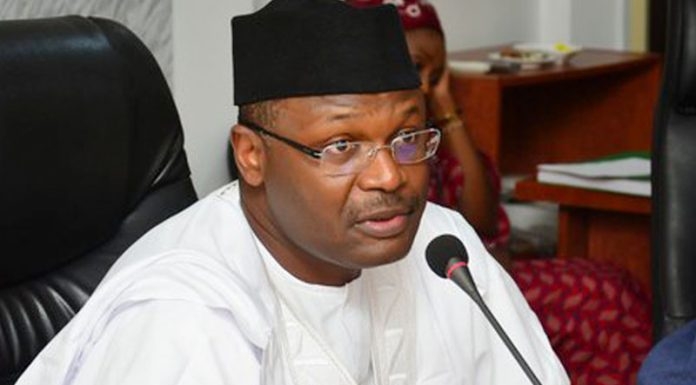 The Independent National Electoral Commission (INEC) on Friday said it has learned from the recently conducted Ekiti and Osun governorship elections ahead of 2023 general elections.

Prof. Mahmood Yakubu, INEC Chairman, made this known in Abuja at the Yiaga Africa  Post-election Roundtable and Public Presentation of Final Report on the Observation of the 2022 Ekiti and Osun Governorship Elections.

Yakubu, represented by Mr Festus Okoye, INEC Commissioner for Information and Voter Education, said the commission would continue to listen and learn from valuable lessons from those who observed the governorship elections.

He said, “I want to seize this opportunity to assure Nigerians that this present commission will be bold and courageous in prosecuting the 2023 general elections.

“We will continue to harvest lessons from the Edo, Ondo, Anambra, Ekiti, and the Osun governorship elections in shaping the way we approach the 2023 general election.

” We are going to harvest all the good practices, we are also going to look at some of those issues we did not do so well and we will improve on them.

Yakubu said that citizens would be involved in every inch of the process in terms of knowing what is going on at the various polling units through INEC,s processes and procedures.

He added the commission would continue to also manage the results collation process transparently.

He encouraged civil society organisations, the media, political parties, and all the critical stakeholders to study the Electoral Act 2022 and have a working knowledge of the act.

He said unless there is good knowledge of the document, it would be very difficult to follow the trajectory of the electoral process, the innovations, and some of the changes the commission would make.

He also pleaded for the understanding and cooperation of Nigerians.

“We recognise the fact that the 2023 elections will be challenging, but we have the capacity and we also have the courage to face those challenges in a very broad and courageous manner,” he assured.

He said this was more important as they were held after the amendment of the Electoral Act,  particularly the use of the Bimodal Voter Accreditation System (BVAS).

“Citizens are beginning to believe that their votes will count and when you raise the hope of citizens is always better that if you cannot improve on what you have done, then you must sustain it,” he said.

Abdu also called on INEC to address the challenge of disproportional polling units where some units would be overcrowded with thousands of voters whereas other areas would be scanty.

He urged INEC to work on its logistics and the distribution of voters to polling units among others and called on all stakeholders to work collectively towards achieving a better electoral process ahead of the 2023 elections.

The Chairman of the Inter-party Advisory  Council (IPAC), Mr. Yabagi Sani, advised Yiaga Africa and INEC to work closely with political parties ahead of 2023 because the election would be a watershed in the journey of entrenching democracy in the country.

Sani urged INEC not to rest on its oars but continue to work to build the confidence of citizens to own the process and promote democracy.

He added that “As political parties, we observed that there is still a lacuna that all of us must have to weigh in ,that is the transmission of electoral results form polling units.

“Yes, you transmit the results to the INEC portal but the biggest issue which is why our elections are questionable is the issue of collation because there is a saying that it is not those that vote that determine who wins but those who count.”

Ms Cynthia Mbamalu, Director of Programmes, Yiaga Africa, while presenting the summary of the report said it covered the pre-election environment, INEC’s preparation, security atmosphere, voter education and critical incidents at the elections.

Mbamalu said the report recommended that the National Assembly should expedite action in passing the National Electoral Offences Commission Bill to allow for the arrest and protection of electoral violators.

She urged INEC to revisit voter allocation to polling units for equitable distribution of voters, prioritise an audit of voter register to avoid duplication and the inter-agency committee should be expanded to include anti-graft agencies among others.

She said the report called on security agencies to be neutral and professional during election duties, build early warning systems against violence and develop strategic ways to prevent vote-buying.

She said the report urged political parties to engage in issue-based campaigns, refrain from vote-buying, calling the media to remain professional, while CSOs should continue increased voter education.

No foreigner supplies arms to bandits with helicopter – Police