by Emman Ovuakporie
in News, Top Story
Reading Time: 2 mins read
A A
0 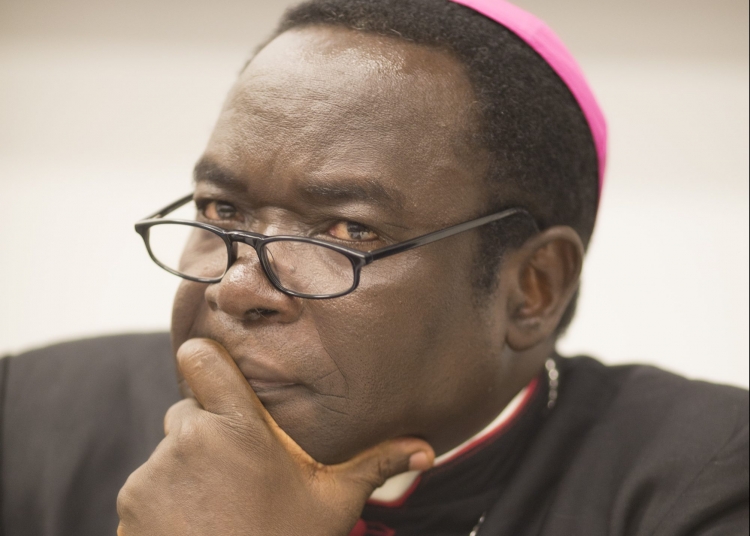 Bishop Matthew Kukah apparently peeved with the escalating state of insecurity in Nigeria has said Nigerian leaders have no blood flowing in their veins.

Kukah said this in his homily at the burial of late Rev Fr. Alphosus Yasshim Bello at Our Lady of Apostles Catholic Church, Independence Way, Kaduna.

Fr. Alphonsus Yashim Bello was kidnapped and murdered by suspected bandits on 21st May, 2021 in Katsina.

Govt investigates killing of 41 by terrorists in Katsina

He was kidnapped alongside Rev Fr Joseph Keke.

According to Kukah, “Those who govern us are allowing this killing of citizens in their innocency because they have no blood in their hearts.

“There is no where in the whole world where barbarity and killings of human lives as being manifested in Nigeria of today.

There is no where citizens can be slaughtered in the whole world without the government showing empathy and concern.

“The continuous barbaric slaughter and murder of our people in their innocency suggest that our beautiful Presidential Villa, National Assembly, government houses are not evidence of civilization.

How did Nigeria come to this tragic situation? We know who they are, who they believed in and where their inspiration comes from. The government have never declared the kidnappers to be a terrorists group.

He queried, “Is it possible that you have a country where people have sworn with Qur’an and Bible to uphold the principle of governance, that they will do everything within their power to protect and defend the integrity of Nigerians and suddenly we are where we are today?

“I think the President and governors of Nigeria should address Nigerians and say, ‘fellow Nigerians, I have sworn that I will not protect you from foreign invaders, kidnappers and being killed.

“‘You are on your own. Your security is in your own hands. Keeping you safe is not our immediate priority.