by Bayo Millz
in News, Politics
Reading Time: 4 mins read
A A
0 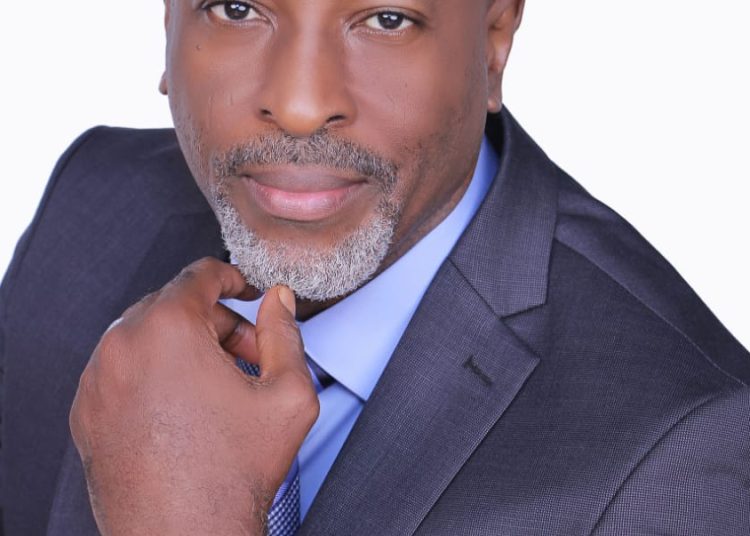 Dr. Tony Nwaka is the All Progressives Congress, APC Candidate for the Aniocha/Oshimili Federal constituency in the House of Representatives in 2023, the grassroots politician and author of several books in this chat with TheNewsGuru.com, (TNG) Deputy Editor, Adebayo Animasaun, spoke on various issues ranging from his mission to the Green Chamber, chances of the APC taking over the PDP in Delta state and other sundry issues, excerpts.

What is actually your mission to the House of Reps?

To give effective legislative representation to my constituency through laws, oversight and infrastructural provisions that will directly impact their lives. Particularly in the areas of education and agriculture, for which our people are renowned. And, also, put emphatic efforts in the reviving of all such abandoned federal projects in the area that would improve the water, energy and transportation needs of my people. And, as a nationally recognized writer, I shall promote legislations that galvanize the creative spirit of our people, especially as it relates to youth engagement.

Nwaka: Yes, Delta State is renowned for excellence. Our people expect their representatives at all levels to live up to that tradition, whilst keeping an open door for unfettered access. On these notes, I can confidently say that my records speak for me. My people know that asides my being ever accessible, I also have the capacity to meet their expectations as their voice at the House of Representatives. More so, with the increasing prospects of my party the APC winning the presidential election and controlling the majority of seats at the National Assembly.

What are the chances of APC in Delta?

Very bright. If you’ve been following political developments in the state in the last seven years, you’ll see that APC have grown tremendously across the three senatorial zones. The strong political structures of APC in Delta State have been reinforced by the many big political players that have joined the party. But more importantly, the generality of Delta people are beginning to ask critical questions about how their state has been managed in the last few years, vis-a-vis the achievements in neighboring states with similar revenue profile. Then, of course, there is the introduction of BVAS and other technological improvements that have brought significant credibility to our electoral process. I am of the conviction that this phenomenal political climate will positively shape the 2023 polls in the direction of APC.

Will Omo-Agege win and do you think he’ll perform better than Okowa’s government?

Yes, I believe that His Excellency Ovie Omo-Agege will win the Delta State governorship election in 2023. If you’ve been monitoring the on-going ward and LGA campaigns across the state, led by Obarisi Ovie Omo-Agege, you would have noticed the massive support he is enjoying across the land. It’s unprecedented. We’ve never seen the opposition in Delta State garner such huge affection and endorsement. I believe that the people will reaffirm this same enthusiasm at the 2023 elections. And, judging by the enviable track records of H.E. Omo-Agege, I expect that given executive powers he will outperform his predecessors.

Recently, PDP alleged that you know nothing about politics and that you have nothing to offer Deltans?

Hahaha! And they expect any sensible person to believe that? A man who had contested and won election to become a local government chairman. He did not only serve out his full term as a council chairman with evident accomplishments, he also contested and won another election at that time to become the Delta State ALGON Chairman (Chairman of Chairmen). The same man later served as commissioner for eight years in the different ministries of Agriculture, Special Duties, Local Government Affairs, and was appointed twice as Commissioner for Education, with notable footprints in every position. Same man also went ahead to contest and win the highly competitive primary of the APC to secure the ticket of the party for the 2023 elections into the Federal House of Representatives. A man that was honored by Independent Newspaper as the best Council Chairman in Nigeria on Poverty Alleviation, and also by Guardian Newspaper as one of 50 Nigerians of Integrity and Distinction. My dear, that’s the man they say he knows nothing about politics and has nothing to offer. I believe by now you are already wondering what could their definition of politics be! Is it now that I left the PDP to join the APC that I suddenly became ignorant of politics and generally bereft of ideas? Isn’t that ridiculous?

Finally, who is Tony Nwaka?

I am a Nigerian with an undying passion for public service. Aged 57 years, I hail from Ogwashi Uku in Aniocha South LGA of Delta State. Married to Abimbola from Lagos State and blessed with children. Retired from the Delta State Civil Service in 2002. Contested and served as Local Government Council Chairman and Chairman of Chairmen (Delta State ALGON Chairman).

i) As a local government chairman, I constructed health centers, residential quarters, offices, and markets, empowered the youths and women, improved internally generated revenue, amongst many other achievements.

(iii) As commissioner for Agriculture, I berthed a major Public-Private-Partnership in Agriculture in Delta/OFN Farms Limited, thereby creating job opportunities and meeting some of the nutritional needs of our people.

(iv) As commissioner for education, I set up new government secondary schools in communities that never had one, and in places where their last schools were founded more than 40 years ago.

(v) As commissioner for special duties/emergency services, my management of the unprecedented flood of 2012 was adjudged the best in the country. Official letters were written to my office by neighboring states, commending our outstanding efforts.

(vi) As a writer, my book ‘Mountain of Yesterday’ was shortlisted by the NLNG Nigeria Prize for Literature as one of the 12 best books out of the 202 entries from Nigerian authors across the world in 2021.

(vii) As a scholar, I hold a Ph.D degree in History/International Studies (2009)