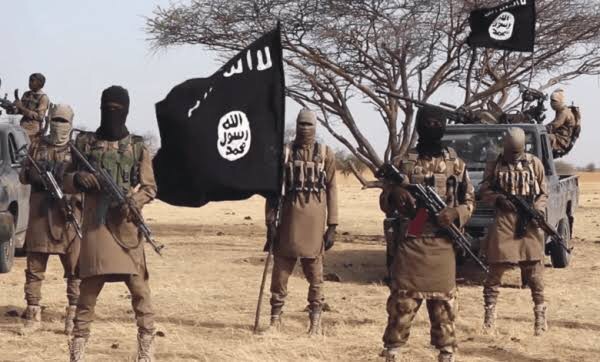 He was installed in Lake Chad.

He was sworn in by Alkali (Judge) Bukar Arge in Kurnawa, in a brief ceremony held in a remote camp in Lake Chad, the de-facto headquarters of ISWAP in Abadam Local Government Area in Borno.

Top officials of ISIS graced the installation. Shuwaram has by his appointment become the fifth officially recognised head of the West Africa Unit.

Before his appointment, Mamman Nur, Abba-Gana, Abu-Dawud, a.k.a. Aba Ibrahim, Abu Musab Al-Barnawi, immediate past leader killed by the military, had held the position at different times.

Shuwaram by his appointment takes over from the commander who was appointed in an acting capacity since the demise of Malam Bako.

In his capacity as the new leader, he is to manage the group in Sambisa, Timbuktu, Tumbumma and others under the supervision of ISIS leader, Abu Ibrahim al-Hashimi al-Qurashi.

Quoting a military source, it was said that the visiting ISIS envoys also discussed internal rivalries, discriminatory action and financial challenges in ISWAP.

Others were clashes between JAS factions led by Bakoura and Bukuma as well as refusal of some Boko Haram fighters to join those that have pledged allegiance to ISWAP since ‘Abubakar Shekaus death.

“Apart from looking at issues of management of resources and welfare of widows and foot-soldiers, ISIS is planning to provide logistic support to ISWAP for missions in Baga, Marte and Malam Fatori,” the officer said.

[Devotional] IN HIS PRESENCE: Kingdom principles from business success

[Devotional] IN HIS PRESENCE: Kingdom principles from business success