by Editor
in News, Nigeria
Reading Time: 2 mins read
A A
0 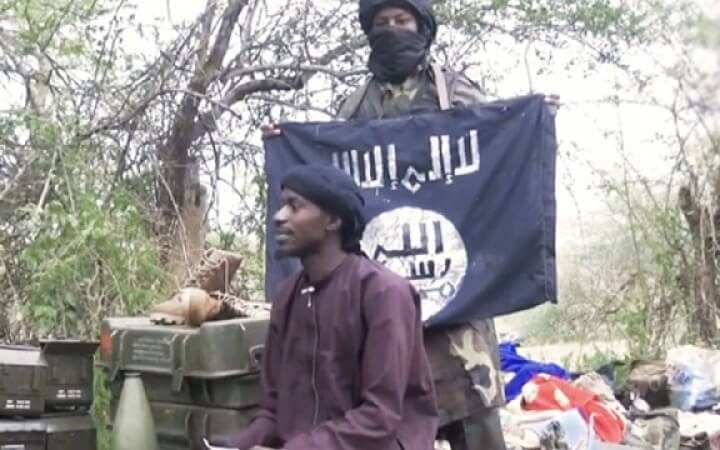 The National Security Adviser to the President, Maj. Gen. Babagana Mongonu (rtd) has announced the killing of Malam Bako, the successor of Abu Musab Al-Barnawi, the leader of the Islamic State of West African Province (ISWAP).

Mongonu revealed this when he addressed State House correspondents on the outcome of the meeting of security chiefs, presided over by President Muhammadu Buhari, at the State House, Abuja, on Thursday.

Recall that the Chief of Defence Staff (CDS), Gen. Lucky Irabor had on Oct. 14 confirmed the dead of Abu Musab.

Irabor said: “I can authoritatively confirm to you that Abu Musab is dead. He is dead and remains dead.’’

However, Mongonu disclosed that Abu Musab’s successor, Malam Bako was also neutralized along with a prominent member of the ISWAP.

He said: “The fact again is that the armed forces, the land forces have done an excellent job because in the span of one month we have been able to take out the leadership of the Islamic State of West African Province (ISWAP) – that is Abu Musab Al-barnawi.

“Two days ago, the man who succeeded him, one Malam Bako, one of the prominent leaders of the Shura Council of the Islamic State of West African Province, was also taken out.

“They are also contending with leadership crisis. You know these things are also accompanied with inherent issues of trust, conflicts, mutual suspicion and other things.

“So, the operations being conducted by the armed forces in the Northern parts of the country put a lot of pressure on the Islamic State of West African Province, Boko Haram and also the tangential group known as Islamic State in the Greatest Sahara.’’

On the forthcoming Nov. 6 Anambra gubernatorial election, the NSA said President Buhari enjoined the security agencies to stamp their feet of authority and ensure the success of the election.

Monguno said the president was reacting to the heightened security challenges in Anambra, orchestrated by the proscribed Indigenous People of Biafra (IPOB).

“The President has directed that under no circumstances will anything be allowed to stop the elections from taking place successfully. The people have a right to vote and select their leader.

“No group or individual will be allowed to stimulate anarchy and chaos, leading to murderous activities.

“The President has made it very clear that the Armed Forces and all law enforcement agencies must make sure that the elections take place even if it means overwhelming the entire environment with the presence of security personnel”, he said.

He added: “There are so many implications for elections to be sabotaged by non-state actors.

“In the first place, we are in a democracy, secondly it is important to note that if these non-state actors should succeed in destroying the potentials for orderly elections, then it is natural that other parts of the country would also want to copy this same situation.’’