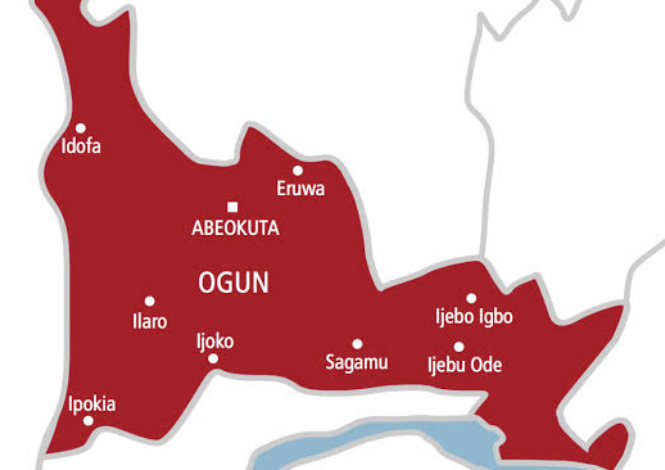 Youths at Oja-Odan, Yewa North Local Government Area of Ogun State, stormed police cell fished out two men who were caught with human head and burnt them to ashes.

The suspects, identified as Idowu Afolabi and Johnson Adebiyi, had earlier been arrested and detained at Oja Odan police station on Saturday.

But irate youths reportedly broke into the police cell to drag out the two suspected ritualists.

One of the youths simply identified as Adeyemi, said that the youths who were in a large number dragged the suspects to an open space in front of the police station and set them ablaze.

“The youths caught the two men with a fresh human head. The police came to take the suspects away. But about an hour later, the youths, said the killers must be dealt with immediately. That was why they mobilised themselves in their hundreds to the police station in Oja Odan.

“The youths forced themselves into the police cell, dragged the suspects to an open space in front of the police station and set them on fire,” the source said.

The State Police Public Relations Officer, Abimbola Oyeyemi when contacted, said he would issue a statement about the incident later.

Earlier on Saturday, a couple were arrested with fresh human parts at the Leme area of Abeokuta, the state capital.