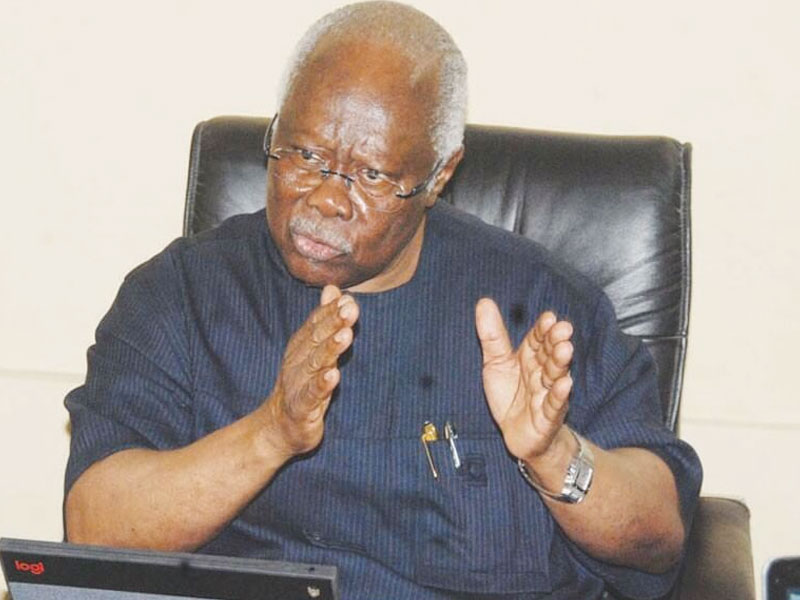 A chieftain of the Peoples Democratic Party, (PDP), Chief Bode George has urged the party’s National Chairman Dr Iyorchia Ayu, to honour his promise and resign.

George said Ayu had earlier vowed to resign if the party’s presidential candidate emerged from the North.

He also called on all party members to continue to show interest in the party’s affairs.

Speaking at a press conference held at his residence in Ikoyi, Lagos, George said, “Ayu once said if the presidential candidate should emerge from the North, he’ll resign. I want to take on him for his word. Why are you now trying to reverse the role? Your word must be your bond.

“However, I appeal to all sides to sheathe their swords.

“It’s absolutely necessary and makes a lot of sense for the candidate who wants to wear the big crown, Atiku Abubakar, to start the networking of people and multiple congregation of efforts that’ll make the party succeed.

“I urge Ezenwo Wike to maintain an abiding interest and fidelity to the PDP, which is the best in terms of national outlook, format and reputation.”