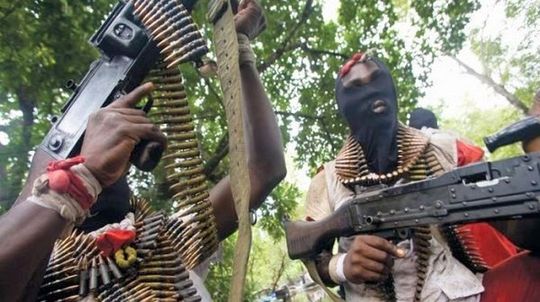 Kidnappers are now on the pawl around the premises of Ahmadu Bello University Zaria, TheNewsGuru.com, TNG authoritatively gathered on Monday.

Having kidnapped a staff few weeks ago around Area C Community of the ABU staff quarters, the kidnappers returned Monday afternoon to pick another lecturer of the university with his wife and daughter.

A statement released by the Director of Public Affairs pf the university, Malam Auwal Umar stated that the most recent victim named Dr Bako is from Physiology section of the Medicine department in the University. According to the statement, “….at about 12:50am on Monday 23rd November, 2020 kidnappers invaded the house of a staff member of the University on Sadauna Crescent Area BZ, Main Campus, Samari, Zaria. They went away with him with his wife and daughter.”

“The University security division quickly informed the operatives of the Police Intelligence Response Team that advanced to the scene following the distress call. There was exchange of fire between the Kidnappers and the mobile police operatives. When it was clear they would be overpowered, the Kidnappers ran into the bush along with the victims”

“As the police went after them up to Kasuwar Da’a village bordering the University, the kidnappers then release the wife and the daughter and went away with the husband…..”

Speaking with TNG, a lecturer with the department of Agricultural Science, Innocent Nwanchukwu said that bandits have been terrorising the University premises for over a month now.

He said; “In broad-day-light, these bandits attacked us. Just last two weeks an ABU staff was kidnapped in the staff quarters in Area C of the main Campus. The entire area of NAPRI (Nigeria Agricultural Research Institute) an affiliate of ABU is now a danger zone. They attack staff on Broad-day-light,” he said.