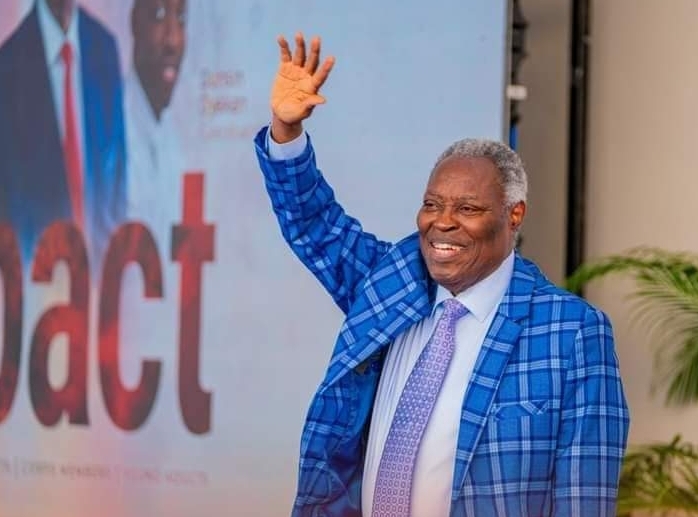 Pastor William Kumuyi, the General Superintendent of Deeper Christian Life Ministry (DCLM) has cancelled a global crusade scheduled to hold in Aba, Abia State between May 24 and 29.

This was contained in a statement released on Saturday by the Chairman of the Aba Global Crusade, Pastor James Akpofure.

“As there are currently some security challenges at the intended alpha location (Aba, Abia State, Nigeria), the Global Crusade Convener, Pastor (Dr) W.F. Kumuyi commiserates with our people in Abia State and will be praying along for God’s Divine Intervention,” the statement reads in part.

Recall that in a statement Thursday, IPOB’s Media and Publicity Secretary, Emma Powerful, had asked Kumuyi to consider the insecurity in the South East and not proceed with the crusade.

“Let him (Kumuyi) and the organisers of the crusade make sure that nothing happens. The security of this region is not good because of political and criminal activities. We, therefore, advise him to stop this crusade for security reasons.

“IPOB will not allow anyone to die because of this crusade scheduled to hold in Aba. The probability of criminals operating as unknown gunmen infiltrating the crusade is high and they will blame it on IPOB,” Powerful had said.

Earlier, the Christian Association of Nigeria (CAN) had backed Kumuyi and urged IPOB to allow the holiness preacher to proceed with the crusade. However, the octogenarian heeded IPOB’s warning and cancelled the Aba crusade.

The South-East zone has recorded massive killings and attacks by gunmen in the past one year. Hundreds of civilians, politicians and security agents have been gruesomely murdered by rampaging armed men parading themselves as ‘unknown gunmen’.

Last week, the General Overseer of the Redeemed Christian Church of God, Pastor Enoch Adeboye, also cancelled his crusades in Sokoto and Bauchi states following the brutal murder of a Christian student, Deborah Yakubu, for alleged blasphemy against Prophet Muhammed. The two states have been tension-soaked in the past few days, even as fresh violence erupted in Bauchi today over alleged blasphemy.

EPL: Coutinho reveals content of messages sent to him by Liverpool fans