...as FRSC alerts motorists to diversion 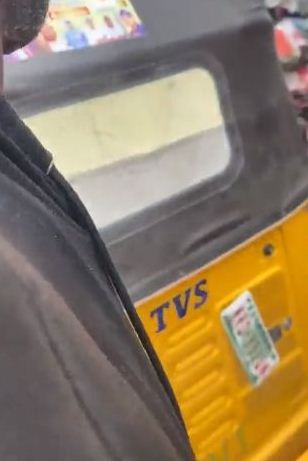 As the 2023 presidential election campaign draws nearer,  a video showing Lagos tricycle drivers being forced to pay for a sticker of the presidential candidate of the All Progressives Congress, Bola Tinubu and other candidates is trending on social media.

A tweep shared the video on Tuesday and said that the incident happened in the Ajah area of Lagos. 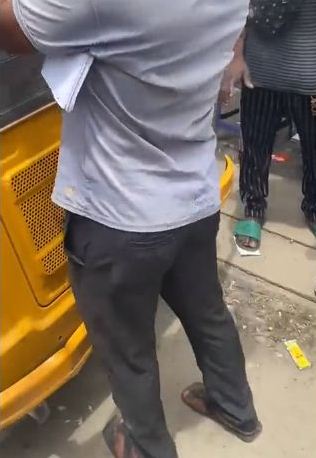 In the video, the drivers objected to having the sticker on their tricycle and paying for it.

One of the drivers insisted that rather than having the sticker placed on his tricycle, he would choose not to work.

In his words: “I no dey pay, if na because of am, I go park this keke. I no dey pay one naira. Take your sticker, no put am.”

However, despite all arguments, a worker from the park placed the sticker at the left back side of the tricycle.

A video showing tricycle drivers being forced to pay for a sticker of the presidential candidate of the All Progressives Congress, Bola Tinubu and other candidates is trending on social media. pic.twitter.com/hCisaIVgMS

Meanwhile, the Federal Road Safety Corps (FRSC) has alerted motorists and commuters traveling to and from Ado-Ekiti through Igede-Aramoko-Erio-Ekiti highway, to closure of the road, starting from September 20, for two weeks, owing to the rehabilitation of the road.

Sector Commander Mr. Elijah Joseph, who made this known yesterday in a statement in Ado-Ekiti, announced blockage for heavy-duty trucks at Iwaraja junction, while smaller vehicles would be allowed to pass through Iwaraja-Efon/Ilesha-Efon route. 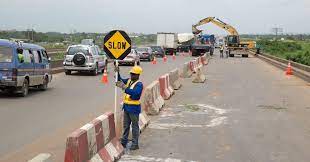 A large portion of the critical road stretch, which links Ado-Ekiti to other states, including Osun, Ogun, Oyo and Lagos, has been in deplorable condition, making traveling hellish for motorists.

TheNewsGuru.com reports that FRSC is the Government Agency with statutory responsibilities for road safety administration in Nigeria.

Founded in 1988, FRSC operates in all Nigerian states as well as the Federal Capital Territory and is the leading agency in Nigeria on road safety administration and management.

The statutory functions include: Making the highways safe for motorists and other road users as well as checking the roadworthiness of vehicles, recommending works and infrastructures to eliminate or minimize accidents on the highways, and educating motorists and members of the public on the importance of road discipline on the highways.