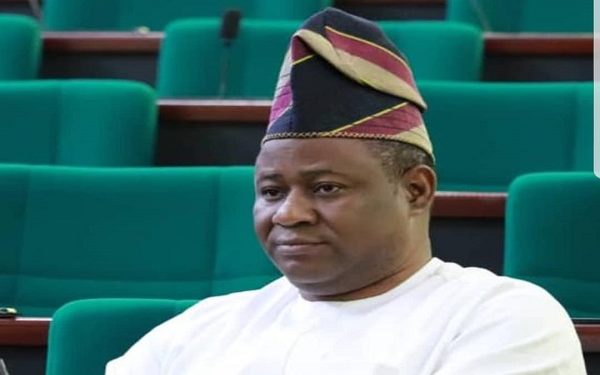 The lawmaker representing Ogo Oluwa/Surulere Federal Constituency in Oyo State, Olusegun Odebunmi, who sponsored the bills for amendments of laws establishing the National Broadcasting Commission (NBC) and the Nigeria Press Council (NPC), has stated the legislative process on the bills has been suspended for further consultations.

He spoke following widespread protests by the print media against the media regulation bill being debated at the House of Representatives.

Widespread criticisms greeted the move by the House of Representatives to amend the laws establishing NPC and NBC.

Odebunmi, who is also chairman of the Committee on Information, National Orientation, Ethics and Values, spoke on Sunrise Daily, a Channels Television programme, on Tuesday monitored by The Nation.

He noted his intention was not to gag the press but make some amendments aimed at fixing lapses in the practice of journalism.

“Personally, I’m suspending the process for more consultation,” he stated.

Odebunmi explained he initiated suspension of the bills to allow for consultation with stakeholders in the industry.

“What I’m saying is that the NUJ cannot gag the activities of the national assembly by saying ‘No you must drop it’, because obviously, that is not the way.

“We have suspended the process for more consultation to happen on it. They demanded for a lot of time and I said ‘no problem, we have given you; even if you spend three, four to five weeks.

“So far, more consultations from critical stakeholders, and many people have been submitting their memoranda to the national assembly even within the industry.

“My intention is not to gag the press and unless all the practitioners can say all is well with the industry, to the best of my knowledge I know all is not well. And I know the National Assembly has the power to look into the existing act.

“All is not well with the NPC agency. It is an agency of government and you’re expecting something to be given back to the society but until now nothing has been coming from the agency.”

Messi for Ballon d'Or ahead of Chelsea star - Barca legend