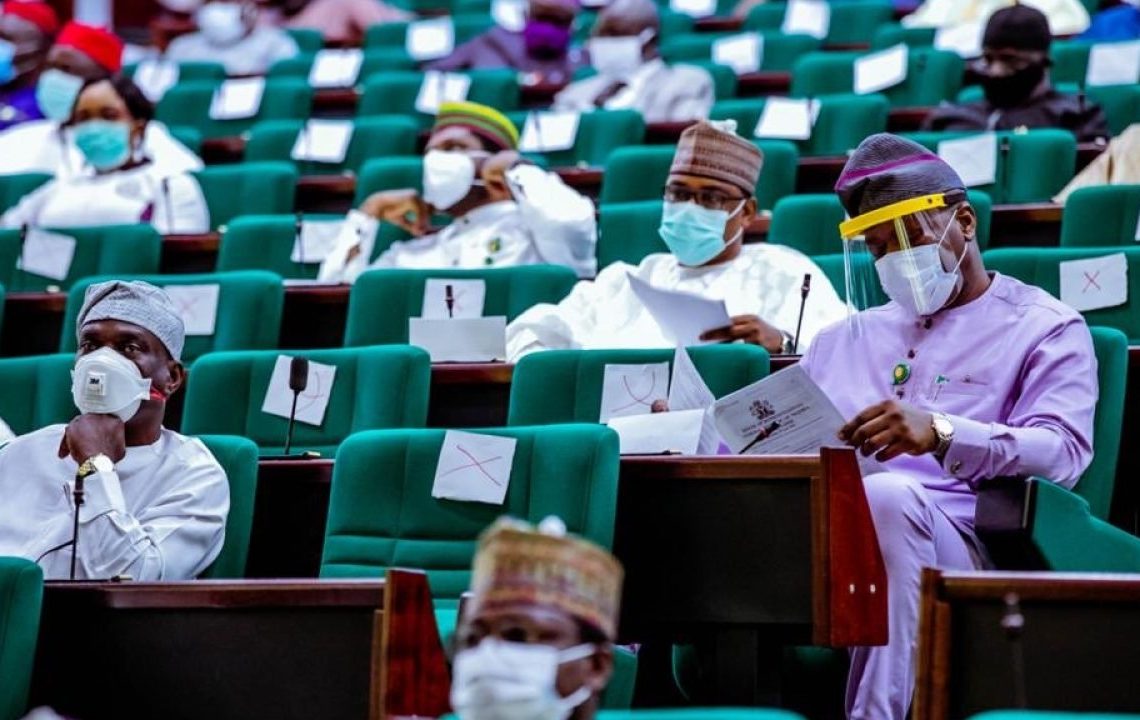 The House of Representatives ad-hoc committee investigating the recovery and management of looted funds and assets by agencies of the federal government on Tuesday grilled the Office of the National Security Adviser ONSA and the Office of the Inspector-General of Police IGP on the amount of funds so far recovered.

Chairman of the House panel Hon Adejoro Adeogun and other committee members took their turns to bombard questions to the representatives of both the NSA and the IGP when they resolved to take them as the two top security managers asked to be excused based on exigent national security assignments.

The Ad-hoc Committee had on Monday June 7, 2021 summoned the NSA, IGP, NIMASA DG and other heads of MDAs to appear on Thursday 10th June unfailingly having failed to turn up to an investigative hearing on the matter on that date.

However, at the rescheduled hearing, the committee helmsman said both the IGP and NSA had written to the committee explaining why they couldn’t come on the date they were summoned as they were part of the President’s entourage to Lagos where he commissioned a railway project on the same date.

Moreover, the Director of Finance and Administration of the Office of National Security Adiviser Brig-Gen Jafaru Mohammed (rtd) who represented the NSA Major-Gen Babagana Monguno (rtd) also said that the NSA would have loved to honour the committee invitation but he had traveled out of the country.

When the Ad-hoc Committee chairman set the ball rolling asking the DFA how much has the the Office of National Security Adviser recovered or received in totality in terms of looted funds and assets, he said that the NSA office does not get directly partake in any recovery

He however admitted that the agency only get involved in recovery of any stolen funds or asset when there is a presidential directive to that effect which is unusual but comes up once in a while.

When asked to admit the memorandum of the NSA that no recovery was made by the office in looted funds and assets, he stated that there was a time the President constituted a committee to investigate arms and ammunition purchase and the committee operated without interference from the office of the NSA.

But the Committee Chairman insisted that the arms and ammunition committee in question was directly supervised by the NSA’s office adding that there were a lot of bank accounts open by the office that had many inflows and withdrawals by the office.

The DFA however denied the existence of many of such bank accounts saying that the NSA’s office only operates two accounts viz: a domiciliary dollar account and Naira account with the Central Bank of Nigeria CBN.

He further said that the only recovery was only the sum of $7,436 million that was recovered by the agency and deposited to the CBN account.

Other committee members notably Hon. Sada Soli also said that N712 million was paid into the recovery account of the CBN in August 2017 by the agency even as the committee chairman said he is lying on oath.

Also in a presentation to the probe panel, a Deputy Inspector-General of the Police Joseph Egbuniwe who represented the IGP Usman Alkali Baba said that there were about N114 million lodgement of recovered funds done by the agency into a CBN recovery account.

Fielding questions from lawmakers on whether there were other recoveries, he said that there were also eighty three tankers and seven marine vessels were also recovered.

Iganga attack: Teenager narrates how his hunter father was killed

Iganga attack: Teenager narrates how his hunter father was killed