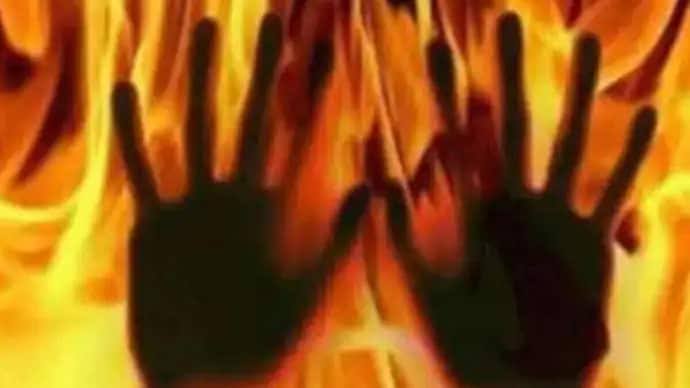 A 30-year-old PhD student died after setting himself ablaze and trying to kill a woman for allegedly turning down his marriage proposal at Government Institute of Science (GIS) in Aurangabad Monday afternoon, the police said.

The deceased was identified as Gajanan Munde. According to the police, he followed the woman to the college where he set himself on fire and hugged the woman in a bid to kill her. The Osmanpura police registered a case against Munde.

The police in their preliminary probe learned that Munde wished to marry her but the woman had been rejecting his proposal.

“None of them studied there as both of them were doing PhD from another college in Aurangabad. The woman had gone to the GIS to meet an assistant professor. And when she was inside the professor’s cabin, the accused barged in, locked the door from inside and poured fuel on himself,” said the police.

He then set himself ablaze using a lighter and hugged the woman, the police said.

College employees rushed in after hearing the woman’s cry for help, broke open the door and doused the flames with the help of a fire extinguisher.

They rushed the man and the woman to the Government Medical College and Hospital, where he succumbed to injuries late on Monday. The woman sustained 55 per cent burn injuries and is being treated at the hospital.

Senior police inspector Geeta Bagawade from Osmanpura police station said, “We have registered a first information report (FIR) against Munde. We are probing the matter further.”