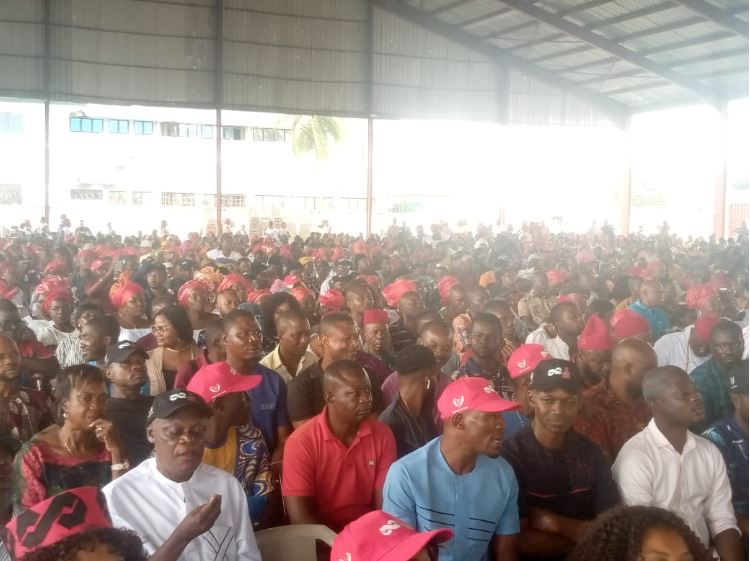 A massive crowd of Ndigbo in Lagos State APC on Tuesday, stormed Ikeja for a town hall meeting in support of Sen. Bola Tinubu,  the party’s 2023 presidential candidate, and Gov. Babajide Sanwo-Olu.

The crowd, comprising APC members of Igbo extraction only, converged at the Blue Roof of the Lagos Television (LTV) for the meeting.

The group was made up of Ndigbo from the 20 Local Government Areas and the 37 Local. Council Development Areas of the state.

It was a carnival of sorts as members of the group were seen in different regalia,  dancing to songs while others were singing and chanting songs in praise of Tinubu and Sanwo-Olu.

Addressing the gathering, the state Chairman of the APC, Pastor Cornelius Ojelabi said that the massive turnout of Igbos in APC for the town hall meeting, the party had reassured the party of their commitment and dedication.

“Today is an affirmation to assure the APC that Igbos in Lagos state are for Asiwaju,” the party chairman said.

Also speaking, Mr. Kolade Alabi, Chairman of  Bariga and Conference 57, consisting of 20 LGAs and 37 LCDAs in Lagos state, said that the gathering was an attestation that Igbos in APC are solidly behind the party.

Alabi who was represented by the Chairman of Igbogbo/Bayeku LCDA, Mr. Sesan Daini said the massive gathering was proof of Igbo support for the APC.

“The original Igbo in Lagos state are with APC.

“Lagos state has been good to people of other extractions including the Igbos.  We have Igbo, Hausa in the state cabinet. Therefore, a vote for APC is a vote for development of all,” he said.

He urged them to go to work to rally massive Igbo support for the APC and its candidates.

Igbokwe said that anyone who had governed Lagos state would effortlessly govern Nigeria.

“Lagos is a 24 hour state and so anybody who has been governor in the state will not find it difficult to rule Nigeria.”

He challenged other presidential candidates to show their achievements to Nigerians.

Igbokwe also said that Ndigbo in Lagos state needed to protect their massive investments in the state as they have so much to gain by supporting Tinubu.

He, however,  lauded Tinubu for the support he had given to Ndigbo in Lagos state and urged Igbos in the state to not only support Tinubu but to support all APC candidates in the state, including the governor.

Igbokwe pledged that the APC would not fail the  Igbos.

Also speaking, Mr. Jude Idumogu a former representative of  Oshodi Isolo in the Lagos state  House of Assembly, said that Tinubu remained the most experienced of the presidential candidates.

He said that Igbos in Lagos state remained part of the party in leadership because they earned their living in the state and as such,  must protect it.

He appealed to Nigerians to see that among the presidential candidates, that Tinubu remained the best in terms of competence.

“Since 2007 that Tinubu left office, he is still relevant in politics and power play in Nigeria because of his sagacity and the best thing we can do is to give him that support.” 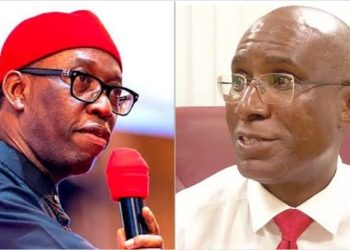