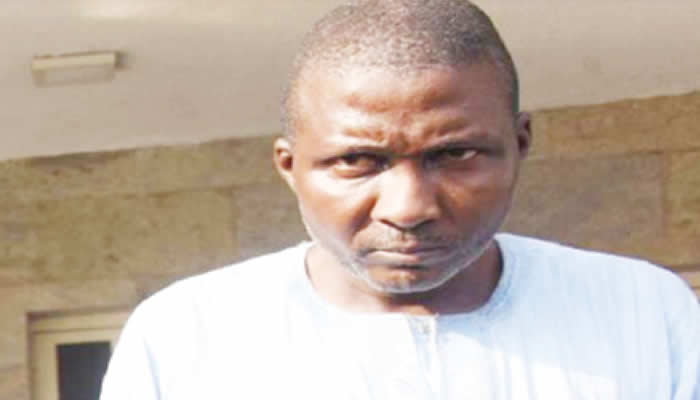 A Lagos High Court in Ikeja has sentenced the dethroned Baale of Shangisha in the Magodo area of the state, Mutiu Ogundare, to 15 years imprisonment for faking his kidnap.

The convict was first remanded on July 16, 2017, by an Ogba magistrate’s court, Ikeja, for faking his kidnap.

Mutiu was tried alongside his wife, Abolanle, and brother, Opeyemi Mohammed.

They were arraigned on three counts bordering on conspiracy, breach of peace and fake kidnapping.

The court had on June 15 discharged and acquitted Abolanle, saying she had no link to the offences.

Mutiu’s brother, Mohammed, was also sentenced to 15 years’ imprisonment for the same offence.

The first convict’s counsel, Olarewaju Ajanaku, who represented his lawyer, Dr Muniz Banire, in his allocutus, begged the court to temper justice with mercy.

Ajanaku said the convict had turned a new leaf and he did not think through his action when he committed the offences.

The second defence counsel, Dr Olayinka Owoeye, also in his allocutus, said the convict had learnt his lessons.

The state prosecutor, Jubril Kareem, urged the court to apply the provisions of the law to sentence the convicts.

The judge held, “I have considered the allocutus of the defence counsel. However, it is in the view of this court that the defendants showed no remorse during the trial.

“In fact, the first defendant tried to buy his way out of the court. A lesson has to be taught to serve as a deterrent to others.

“The sentences shall run concurrently from the day they were arrested.”

Mutiu was alleged to have on July 5, 2017 “put himself forward to be kidnapped for the purpose of causing breach of public peace” contrary to Section 5 of the Kidnapping Prohibition Law of Lagos State 2017.

2023: Okowa rubbishes Labour Party, others says only PDP can defeat APC in Southwest