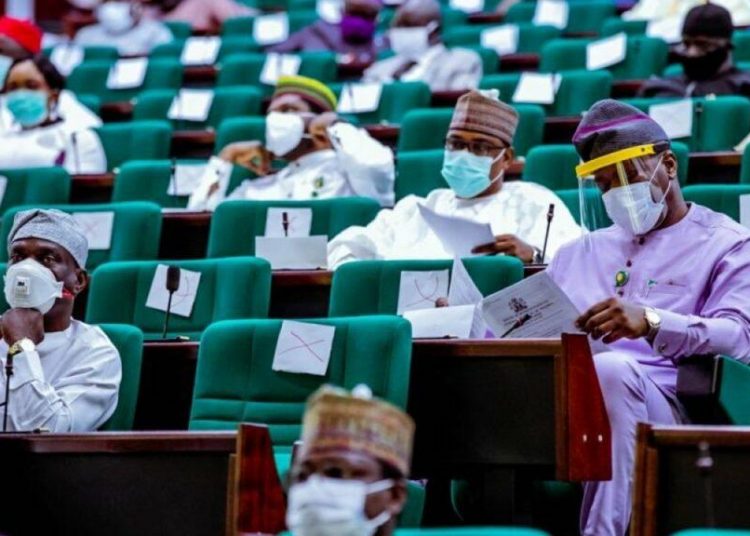 House of Representatives has ordered the Corporate Affairs Commission (CAC), the Joint Admission Matriculation Board (JAMB), Stanbic IBTC and First Bank to remit a total of N195.9 billion hanging funds to the government coffers.

The chairman, House Ad-hoc Committee on the recovery of N1.2 trillion unclaimed funds of Ministry, Department and Agencies ( MDAs) in commercial banks, and the Central Bank of Nigeria (CBN), Unyime Idem, gave the directive at an investigative hearing organized by the panel, in Abuja.

The panel, on Wednesday, had said it has so far uncovered over N300bn unclaimed fund lodged in different commercial banks in the country.

Idem noted after reconciling the documents presented to it by the affected organizations, it discovered
that the cumulative sum to be paid into the government account by the four organizations stood at N195.9 billion.

According to him, we have taken five organizations, banks and Ministries, Departments and Agencies (MDAs) of government and we have directed them to ensure that some of those infractions, those amounts sitting in their coffers should be transferred to government even though we still have some pending reconciliation between the secretariat and those organizations.”

He added that “we have the balances that need to be transferred to the federal government, starting with Corporate Affairs Commission( CAC), they have N25 billion unremitted allowances.

“Then we have JAMB N64 billion unremitted allowance, then Stanbic IBTC bank, they have N3.2 billion, also intervention funds, about 84billion naira, though we are still going through reconciliation; but these amounts represents the outstanding that need to be transferred to the federal government.

“Then lastly, First Bank of Nigeria, we have about N14.7billion that they need to remit to federal government.”

The House spokesman, Benjamin Kalu, while briefing journalists, on the activities of the panel, said the committee will resume sitting on Tuesday.

Kalu charged MDAs and banks invited by the panel to ensure they honour the invite, noting that the House has the power to ensure compliance to its summons.