by Olaotan Falade
in Business News, News
0
17
SHARES
427
VIEWS
Share on WhatsAppShare on FacebookShare on TwitterShare on LinkedInShare on TelegramSend as Email

The Nigerian Civil Aviation Authority (NCAA) on Wednesday directed Arik Air to return all delayed baggage of its passengers from London to Lagos within the next 24 hours.

The authority also directed the airline to compensate the affected passengers with $150 each for their troubles.

Recall that Arik Air and no fewer than 40 passengers have been at loggerheads over the non-arrival of their baggage, five days after their flight landed in Nigeria.

The aggrieved passengers had on Tuesday disrupted the airline’s operations and also allegedly damaged its check-in counter at the Murtala Muhammed International Airport, Lagos.

Addressing the passengers, Abdullahi appealed to them to remain calm as both Arik Air and the aviation authorities were working towards resolving the issue.

In his words: “NCAA has directed Arik Air to pay each and every passenger a compensation of $150 each in line with civil aviation rules and regulations in Nigeria.

“We have sent the letter to the airline and it also contains a directive that every bag must be here within the next 24 hours.

“A directive is a directive and we will hold Arik Air management responsible, and I can assure you that they will abide by the directive, “he said.

Abdullahi advised them against taking the laws into their own hands, stressing that there are laid down procedures to be followed in resolving such issues.

Dunoma said the doctors had been directed to issue prescription drugs to passengers whose medications had yet to arrive the country due to the delay.

Speaking on behalf of the airline, its Associate Vice President, Ground Operations Department, Mr Femi Kukoyi, apologised to the passengers for the inconvenience caused by the incident.

Kukoyi said the airline had to charter an aircraft which brought some of the baggage to Lagos on Wednesday morning because the passengers prevented it from operating its A330 aircraft on Tuesday.

He assured them that an aircraft was en-route Lagos from London and would arrive with about 300 bags by 7.pm while the remaining would be brought in by another of its aircraft by 5.am on Thursday.

On the issue of compensation, he said Arik Air would attend to them on an individual basis and expressed optimism that everything would be resolved amicably.

According to them, the airline had earlier promised them that their bags would arrive latest on Tuesday and also they would receive compensation of N50,000. but failed to keep to its words. 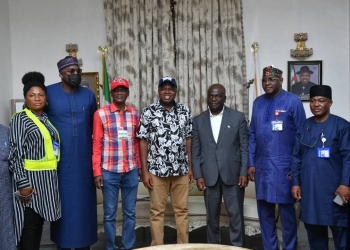 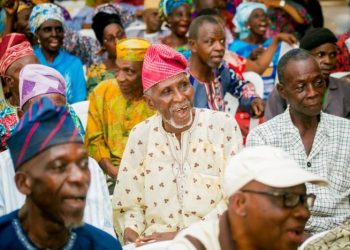