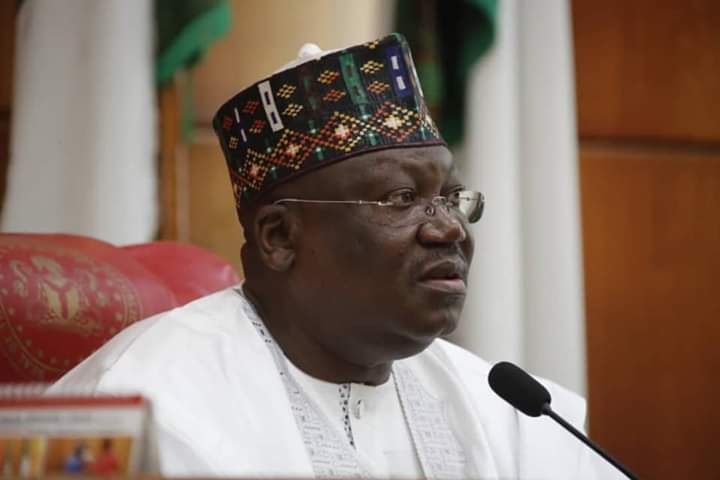 President of the Nigerian Senate, Senator Ahmad Lawan has said the appointment of the new Service Chiefs have seen newer strategies applied to secure the country.

Lawan made the disclosure while speaking to journalists in his home town Gashua on Saturday.

He stated that this means the Service Chiefs need more resources to be able to perform optimally.

He also disclosed that President Muhammadu Buhari would later this month submit a supplementary budget to the National Assembly to request for more funds to tackle insecurity across parts of the country.

According to him, the National Assembly would stop at nothing to ensure that normalcy and security is restored to states faced by challenges such as kidnapping, insurgency, banditry and militancy.

He said: “About the issue of security, I think the National Assembly has done quite a lot in that area working with the Executive arm of government and, recently, on Monday or so, the Speaker of the House of Representatives and I met with Mr. President, and the center of our discussion was the security of the country.

“How do we engage the security of this country? It has been a nagging issue, but it is not an issue that cannot be solved.

“With the appointment of the new Service Chiefs, we have seen newer strategies and Mr. President and the National Assembly will be working to provide more resources in the supplementary budget which the presidency will submit sometime maybe this month to the National Assembly.”

He added: “We (National Assembly) are prepared to give every possible resource to our security agencies to fight and restore normalcy to every part of the country, whether it is insurgency, banditry, militancy or kidnapping.

“We believe that we need to have security before life can be better, because you can’t do anything or attract direct foreign investments, even farming becomes impossible in some states because of the level of insecurity.

“So, security is key. It is essential and a necessity that we have to restore normalcy in this area and, Mr. President gave the security chiefs six weeks to restore security in our rural areas, particularly because the rainy season will come pretty soon – maybe in the next two months and without security in the rural areas, there’ll be no farming.

“And when there’s no farming, our food security will be threatened and our security situation will be further complicated.”

The Senate President who underscored the importance of unity in national development, said those clamoring for the break-up of the country were in the vast minority.

According to him, those behind the minority agitations were disgruntled elites bent on satisfying their self-serving interest to the detriment of majority of Nigerians.

He added that the unity of Nigeria would continue to be the cardinal focus of the National Assembly by ensuring equity, justice and fairness for every part of the country.

“Nigeria will continue to be one. What we need to emphasize always is equity, justice and fairness to all, for all.

“I think this is one way to go, probably the only way to go to ensure that everybody feels belonged.

“I think the government is doing quite a lot to ensure that there’s that equitable distribution of projects across the country.

“I believe that the unity of this country will continue to be our major focus. From time to time you hear some people talking of maybe establishing their own country or secession.

“I believe that majority of Nigerians believe that they should stay together – and I mean the ordinary Nigerians. These are people who believe in the unity of this country.

“But the elites is where the problem is, the elites will tell you, no, we have to secede. I believe that we should be fair to the multitude of Nigerians – those ordinary people of Nigeria. What they require is leadership.

“We must give them leadership, a fair leadership. If we have any issues, we should be able to discuss the issues. We should not neglect people when they complain, but that is not likely to be the most popular position of the people from any part of the country. So, I believe that unity of this country is non-negotiable”, Lawan said. 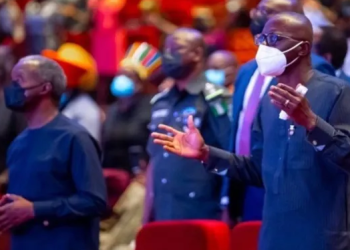 Why did you do this, Igini questions Odumakin's death