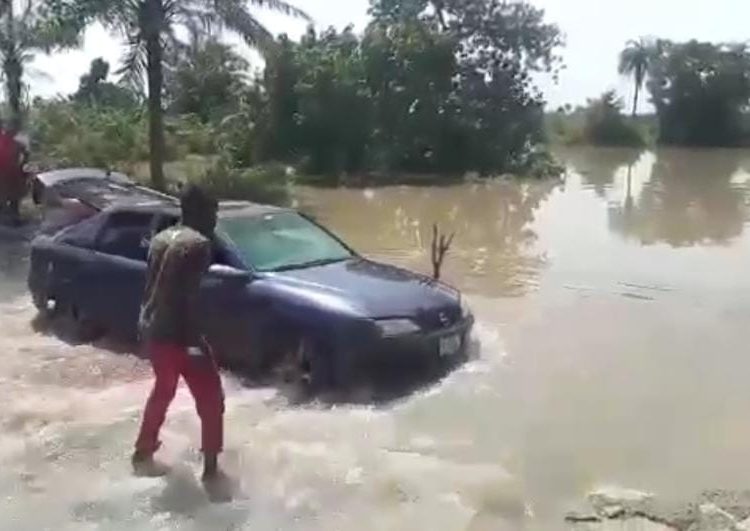 The Niger State House of Assembly has given the Minister for Works a 48-hour ultimatum to fix the collapsed portion of the Minna-Bida road.

The assembly took the decision after a matter of public importance was brought before the house by Mr. Mohammed Haruna (APC), a member representing Bida II.

He called on the government to urgently save the Minna-Bida road from total cut-off at the plenary in Minna on Tuesday.

2023: I will complete Beneku Bridge, Phase 3, 4 of Ashaka Road, if uncompleted before handover -Oborevwori

Speaker of the House, Mr Abdullahi Bawa, (APC), while reading the resolutions of the house, directed the Ministry of Works to fix the bad portions of the Minna-Bida road.

He also called on the executive arm of government to as a matter of urgency take appropriate actions to salvage the remaining portions of the Minna-Bida road from collapse.

Earlier, Haruna said Section 14, subsection 2 paragraph (b) provides that security and welfare of people shall be the primary purpose of government.

”The only road linking Minna to Bida has been cut off due to the failure of a portion of the road that was washed off as a result of heavy downpours.

”This development has brought hardship to road users as commuters were stranded with perishable goods being destroyed because due to the cut-off of a portion of Minna-Bida.

”Patients on referrals to the Federal Medical Centre Bida are also stranded making their conditions worse,” he said.

He called on the state government to as a matter of urgency take appropriate measures to salvage the remaining part of the road from Minna to Bida.

A portion of the Minna-Bida road on Saturday cut-off leaving road users and commuters stranded inspite of the interventions by the state Road Maintenance Agency (NIGROMA).

Niger House of assembly had in 2019 given approval to the state government to access N25billion loan from Islamic Development Bank (IDB) to finance Minna-Kataeregi-Bida, and other projects.

The 86km Minna-Kataeregi-Bida road project was rescoped from N25 billion to N17 billion for Dantata and Sawoe construction company to handle dualisation from zero to 15 kilometers as state government counterpart funding, while IDB was expected to take over the construction of the remaining 71km.

The loan agreement was that the state government would fund 15km part of the road starting from Kpakugun to Garatu while the IDB would fund the remaining 71km of which only 35 per cent from the 15km has been completed for N11 billion.