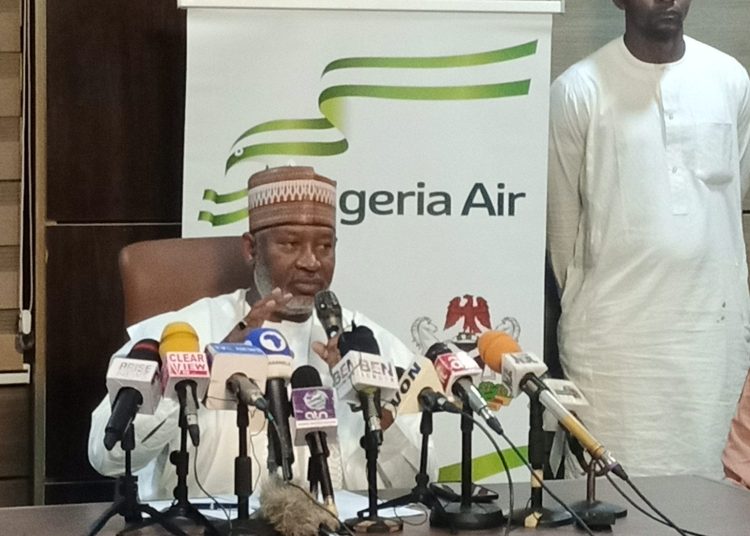 The Federal Government has selected Ethiopian Airlines (ET) Consortium as the preferred bidder for Nigeria Air.

The Minister of Aviation, Sen. Hadi Sirika made this known during a media briefing on Friday in Abuja.

Sirika explained that the Request for Proposal (RFP) under the Public-Private Partnership (PPP) Act, governed by Infrastructure Concession Regulatory Commission(ICRC) regarding the Nigeria Air was now completed.

“After a careful, detailed, and ICRC governed selection process, Ethiopian Airlines (ET) Consortium has been selected as preferred bidder, offering an owner consortium of 3 Nigerian investors.

“The Nigerian investors are MRS, SAHCO and the Nigerian Sovereign Fund (46%), FGN owning 5% and ET 49%. The consortium has been subject to a due diligence process.

“The contract will be negotiated between consortium and FGN leading to a Full Business Case (FBC) which will be expected to be approved by the Federal Executive Council (FEC). We expect this process to take 6-8 weeks.”

The minister said the national carrier would be launched with three Boeing 737-800 in a configuration very suitable for the Nigerian market.

According to him, Nigeria Air will be launched with a shuttle service between Abuja and Lagos to establish a new comfortable, reliable and affordable travel between the two major Nigerian Airports.

Sirika added that other domestic destinations would follow thereafter.

“The first aircraft is ready to arrive in Abuja for the further work and NCAA inspection, demo flights and audit as part of the AOC requirements.

“In time, two others will arrive to complete the required three aircraft for a new AOC holder. The interim executive team has prepared, with the support of FAAN.

“The team has arranged for Terminal C at the Abuja Airport and finalised a contract with MMA 2 terminal in Lagos, for the operation of an initial shuttle between Lagos and Abuja,” he said.

He noted that the Operations Control Centre (OCC) at the Abuja Airport would act as Headquarters of the airline.