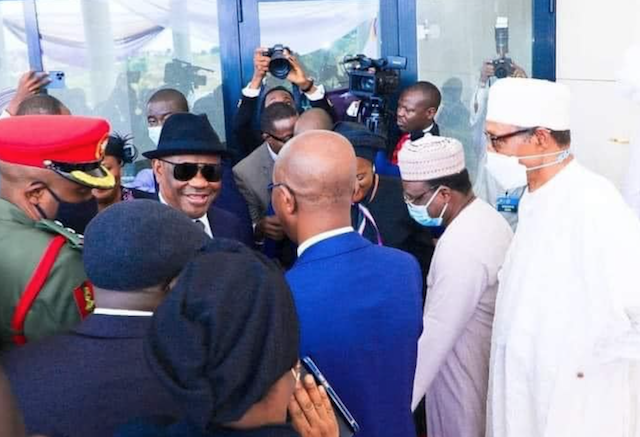 TheNewsGuru.com (TNG) reports Gov Wike as saying under the watch of the Buhari government, infrastructure across all sectors, including roads, education and healthcare collapsed.

Wike stated this while appealing to the Supreme Court of Nigeria to give the case before it concerning the collection and distribution of Value Added Taxes generated from the State by the federal government the urgency it requires.

Governor Wike made the appeal at the match past and parade in commemoration of the 62nd independence of Nigeria at the Sharks Football Stadium in Port Harcourt on Saturday.

He explained that such urgency and eventual ruling of the case in favour of the State, will further add more financial resources that will accelerate the economic growth of Rivers State.

“We have also not given up in our determination to right the injustice associated with the collection and distribution of Value-Added Taxes generated from the State by the Federal Government just as we again call on the Supreme Court to please, treat this matter with the urgency that it requires.”

Governor Wike said since 1999 that the country returned to democracy, it has continued to witness deliberate constitutional distortions, institutional weaknesses and widespread corruption that have prevented Nigerians from enjoying a robust democratic practice.

He listed the absence of a free and fair elections, the rule of law and social justice as part of experiences that are refused to take root in Nigeria.

“This is not to say that Nigeria has not made any progress as a nation. Certainly, we have achieved some visible developmental strides and economic progress as Africa’s largest economy.

“The fact that we have remained together despite the recurrent conflicts and crisis of confidence is also worth celebrating as an achievement.

“But, after 62 years, Nigeria deserves more than what it has achieved and Nigerians likewise deserve much more than what their leaders have delivered to them with the country’s enormous natural and human resources.”

Governor Wike bemoaned the inability of the All Progressives Congress (APC) led federal government, over the last seven years, to keep the economic and social conditions within Nigeria from deteriorating.

He pointed to such inability as evidence that the APC led federal government is totally lost in what further measures it could take to stem or ameliorate the predicaments they have visited on Nigerians.

“Life is sacrosanct, but the present federal government has failed in the most basic duty to the nation to protect the lives and property of its citizens.

“Under their watch, infrastructure across all sectors, including roads, education and healthcare has collapsed. Tertiary education has remained comatose for over seven months and with no employment opportunities, the federal government continues to toy with the future of the youths.”

The Rivers State governor decried the situation where healthcare delivery is a nightmare across the country with ordinary citizens unable to access necessary medical services, basic diagnostics and medications at affordable rates in public hospitals.

He noted the spiraling crime and physical violence that are almost out of control across the country with the schools, churches and mosques no longer serving as safe places anymore.

“And with compulsive corruption, insecurity, low export earnings, protracted forex crisis and an economy so close to bankruptcy the untold suffering and hopeless future among Nigerians will continue if something is not done to improve the quality of political leadership in our country.”

Governor Wike however, stated that things can be better if there is the right political leadership in place that has the courage, decisive and purposeful in driving the country on a new path.

“However, let’s not forget that before the present deplorable state of affairs, we experienced significant economic growth, relative prosperity, a stable educational system and a relatively better quality of life for our people, under the Peoples Democratic Party.

“This showed that Nigeria’s current economic, social and security situation can rapidly be resolved with new leadership that is courageous, decisive, purposeful and able to take the country in a new direction that would curb corruption, stop unsustainable debts, and drive economic growth to create jobs and prosperity for all citizens.”

Governor Wike insisted that there is a need to have a new government that cares about the unity of the country and the wellbeing of its citizens.

Such government, Governor Wike said, should be one that is religiously committed to changing the present circumstances of the people and making life more meaningful for everyone.”

Governor Wike stressed that his administration is already performing like the expected new government at the national level by providing road infrastructure in quality and quantity that are unmatched by any previous government since the creation of the State.

“No State government, not even the Federal Government, can boast of the simultaneous construction of 12 flyovers and other major roads across the State in three years with Julius Berger Nigeria limited as the contractor; but that is what our government has successfully executed.”

Governor Wike emphasised that within the past seven years, his administration achieved so much because it was dogged in implementing various fiscal measures that have improved the State’s revenue base.

With such growth, Governor Wike said, existing hospitals have been renovated, abandoned ones completed and new ones delivered to improve access to health for Rivers people.

“We have expanded excess to quality education, including tertiary education with the successful establishment of the medical college and the four new campuses for the Rivers State University in Emohua, Ahoada, Etche and Tai Local Government Areas of the State.

“We have renovated existing hospitals, completed abandoned ones, delivered new ones, and are set to deliver the most advanced specialist hospital in entire West Africa for the diagnosis and treatment of cancer and cardiovascular diseases here in Port Harcourt, which we believe will help the nation to stem medical tourism and conserve foreign exchange for the country.

Speaking further, the Rivers State governor added that his administration significantly advanced the economic interest of Rivers State through securing important legal victories that helped in recovering several oil wells and gas fields hitherto denied to the State by the Federal Government.

“The 13% and other derivation funds from these oilfields have added appreciable resources to the State’s revenue base, which we are deploying to accelerate the development of our State.

“The roads and bridges we have built continue to stimulate economic growth and prosperity by providing safe and seamless commuting across the State for businesses, farmers and social endeavours.

“We have greatly enhanced the State’s judicial system and improved the living conditions of judicial officers serving in the State, including those serving in the Rivers State jurisdictions of federal courts to enhance the rule of law and social justice in the State.

“Additionally, the tremendous support we are giving to the federal security agencies has resulted in curbing crimes and made Rivers State one of the safest States in the country to invest, live and bring up our children.” 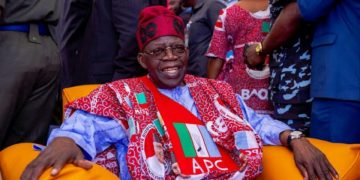