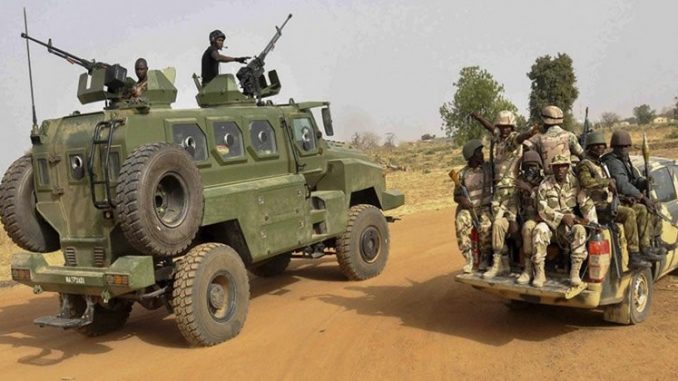 The leaders of the Islamic State’s West Africa Province (ISWAP), Ali Kwaya and Bukar Mainoka, have been killed.

According to monitored reports, they were killed during an operation by Nigerian military fighter jets at Lake Chad late Saturday.

There will be no more coup in Nigeria again – CDS Irabor

They died after the Air Component of Operation Hadin Kai conducted air interdiction missions at Belowa.

Belowa, one of the ISWAP/Boko Haram enclaves in the Tumbuns, is located in Abadam Local Government Area of Borno State, on the western coast of Lake Chad

The military said the strikes at Belowa became necessary after intelligence revealed the convergence of some ISWAP leaders and fighters.

The terrorists were suspected to be gathering for a meeting ahead of an attack on friendly forces.

A Nigerian Air Force (NAF) fighter aircraft dispatched to the location to hit the ISWAP elements with rockets and bombs in multiple passes.

An intelligence operative confirmed that the airstrikes were successful.

“Two vehicles conveying about 13 injured surviving terrorists to another hideout were struck through precision strikes.

“Feedbak revealed that ISWAP kingpin, Ali Kwaya, a key member of the ISWAP Shura Council, and Mallam Bukar Mainoka were among those neutralized”, the source said.