by Olaotan Falade
in Business News, News, Nigeria
155
SHARES
1.2k
VIEWS
Share on WhatsAppShare on FacebookShare on TwitterShare on LinkedInShare on TelegramSend as Email
ADVERTISEMENT

Nigerians on Tuesday suffered another nationwide outage occasioned by the collapse of the  national grid, operated from Osogbo in Osun State.

Managed by the Transmission Company of Nigeria (TCN), sources at the firm confirmed the development saying  some distribution companies (DisCos) had already notified consumers of the total blackout.

While the grid experienced collapsed in May this year due to industrial unrest, it earlier gave way in April, questioning the integrity of the infrastructure.

Though the transmission organisation is yet to advance reasons for the latest incident, the network recorded over 11 failures last year.

The Association of Nigerian Electricity Distributors (ANED), the umbrella body of the distribution companies, had last year decried the repeated occurrences, stating that TCN’s analogue system caused over 100 collapses since the privatisation of the power sector in 2013. 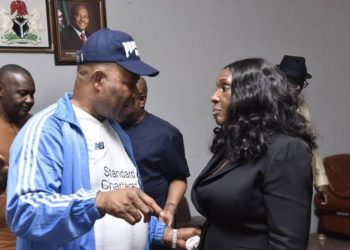