Home » News » “No executive has been appointed for Law Society of Nigeria”- Convener, Ahonaruogho SAN

“No executive has been appointed for Law Society of Nigeria”- Convener, Ahonaruogho SAN 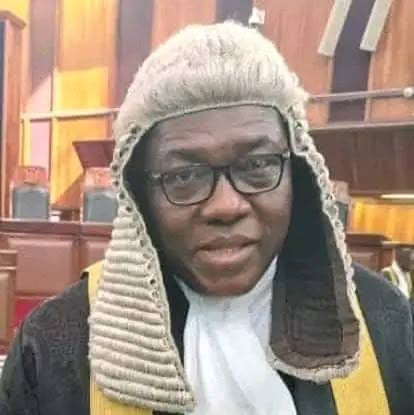 The convener and founding secretary of the Law Society of Nigeria, LSN, Dr. Richard Ahonaruogho, SAN, has stated categorically that no executive has been appointed for the new professional association of lawyers as of Sunday 30th October 2022.

Stressing that the purported notice should be disregarded, Ahonaruogho assured all Legal Practitioners in Nigeria that the Executive Committee mentioned in a statement on Sunday are not genuine.

In a statement issued on Sunday by Mr. Douglas Ogbankwa, said to be the National Publicity Secretary of LSN, the new professional association of lawyers emerged in a bid to redefine the ideas of the founding fathers of the legal profession.

Describing LSN as a “new sheriff in town”, Ogbankwa pointed out that it was established to keep the legal practice in Nigeria in line with international best practices.

“In redefining the ideas of the founding fathers of the legal profession in Nigeria, the Law Society of Nigeria, a new professional association of lawyers called the Nigerian Bar, has been established.

“This is in keeping with international best practices, which allow for an alternative to ensure that lawyers thrive within the realm of those they have shared values with,” he said.

According to Ogbankwa, in a letter dated October 24, the pro tem National Executive Committee of the LSN notified the Body of Benchers of the association’s existence and its national officers.

TheNewsGuru.com (TNG) reports that legal practitioners in Nigeria had been hitherto regulated solely under the umbrella of the Nigeria Bar Association, NBA, founded in 1933.

In his reaction, LSN convener and founding secretary said, “my attention has just been drawn to the purported Executive Committee of the Law Society of Nigeria (NLS) and hereby wish to assure all Legal Practitioners in Nigeria that the purported Executive Committee are unknown to the Law Society of Nigeria (NLS).

“The Law Society of Nigeria (NLS) was incorporated on 28th December 1994, by my good self, Richard Oma Ahonaruogho, as Convener and as Secretary with Mr. Charles I. Idehen as Chairman.

“That consultation is ongoing and the hasty announcement by the said letter with reference number LDN/BOB/C/2022/Vol. 1/001, on the indicated subject- ‘LAW SOCIETY OF NIGERIA: NOTICE OF EXISTENCE AND NATIONAL EXECUTIVE COMMITTEE’ to the Body of Benchers of its pro tem National Executives of the Law Society of Nigeria (LSN), namely :
a. Kunle Ogunba, SAN – President
b. Hon. Nimi Walson-Jack – Vice President
c. Abdulqadir Alhaji Sani – Secretary
d. Olasupo Ojo – Welfare Secretary
e. Chioma Ferguson – Treasurer
f. Douglas Ogbankwa – Publicity Secretary
g. Zara Umar Yakub – Financial Secretary
h. Alice Ogaku Awonugba – Assistant Secretary
i. Hassan Sherif – Assistant Publicity Secretary;
are with respect to them unknown to the Law Society of Nigeria (NLS), and should be disregarded by all Nigerian Lawyers and the Distinguished Body of Benchers of Nigeria to whom the letter dated 24th October 2022, was written.”

Ahonaruogho asserted that the logo and Motto “Justice For All” on the purported letter claiming to be that of the LSN are alien to it and amount to the tort of passing off.

He added: “That the offices known to the Law Society of Nigeria (NLS) as provided for in Article 6 of the Constitution of the Law Society of Nigeria dated 10th February 1994, and submitted to the Corporate Affairs Commission (CAC) are as follows:
a. PRESIDENT
b. PRESIDENT-ELECT
c. CHAIR OF THE HOUSE OF DELEGATES
d. SECRETARY
e. TREASURER
f. SECRETARY-ELECT
g. TREASURER-ELECT
h. EXECUTIVE VICE-PRESIDENT”.