... says I'm here to see Igboho to "sympathise with his predicament" 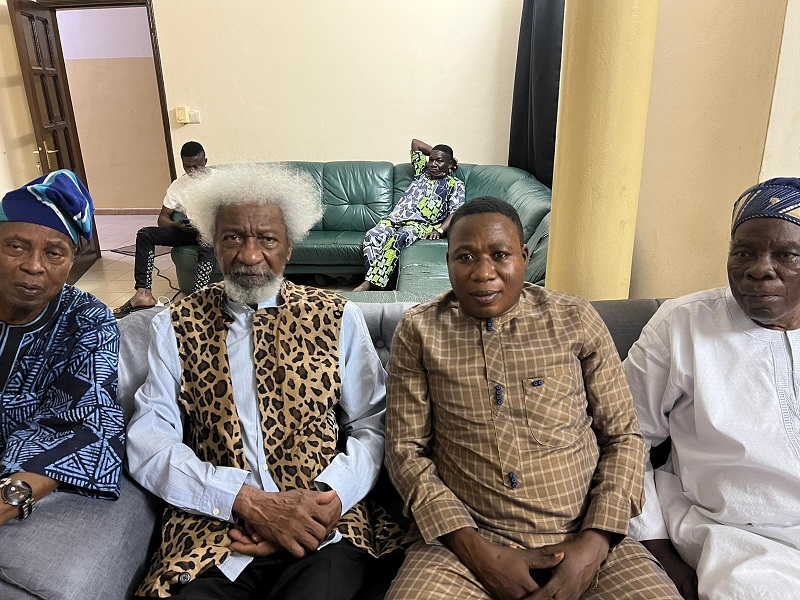 Nobel laureate Wole Soyinka was sighted at the Seme border around noon in Sunday crossing to Cotonou, the capital city of Benin Republic.

He was mobbed by a crowd while waiting to complete immigration formalities and repeatedly asked where he was headed.

His response was that he was on a visit to the Yoruba Nation activist, Sunday Igboho to “break the Moslem fast with him.”

Reminded that neither he nor Ighoho was a muslim, he asserted that it made no difference. He said he had wished to see Igboho, so as to sympathize with his predicament.

Ramadan is as good as any other season to express non-denominational solidarity, added the Professor.