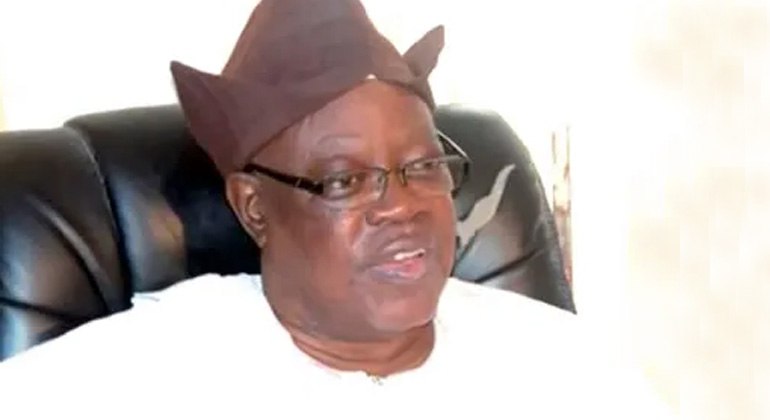 The Olubadan of Ibadan

The Olubadàn of Ibadan, Oba Olalekan Balogun, says while the objectives for which the National Youth Service Corps (NYSC) was commendable, they are beginning to fail because of the current high rate of in security across the nation.

This was contained in a press statement as signed and made available to TheNewsGuru.com by the media aide to the Palace, Mr Dele Ogunsola, where he indicated that Oba Balogun, stated this while hosting the management team of the NYSC in Oyo State, on Friday, at his residence, Alarere Ibadan.

According to the statement, the NYSC Coordinator in Oyo State, Mrs Grace Ogbuogebe, led the management team on the courtesy visit to the Oludadan.

In his statement, Oba Balogun asserted that the level of insecurity is quickly eroding the noble idea and objective of the founding fathers of the scheme, which, according to him, remain one of the best attempts at unifying the country.

The Royal Father called on the Federal Government to put more efforts in the fight against insecurity as it is the only the aims of the scheme could be achieved.

He was quoted to have said; “Today, an average parent would not want his or her child to go far away from the home state in the name of national service because of the fear of the unknown which was unheard of in the years past.”

According to the Royal father, the gains of the NYSC scheme are too precious to be discarded on the altar of insecurity, hence the need for all hands to be on deck to save the future of Nigeria by addressing the problem.

The Olubadàn however, promised his support and cooperation to the NYSC management in the state towards sustaining its objectives.
He also enjoined corps members currently serving in the state to make the best use of the opportunity and hospitality of their hosts to advance national unity.

Earlier in her remarks, the NYSC State Coordinator said the visit was to felicitate Oba Balogun on his ascension to the throne and mentioned several achievements of the scheme across the country as well as the various interventions being made in the cal sectors of the national life, including health and education, TheNewsGuru.com can reliably report.

She applauded the Oyo state government for what she described as its unflinching cooperation, while also appealing to Oba Balogun to see the scheme as one of his priorities as well.

The NYSC coordinator noted that there is need for all stakeholders to support the scheme across the federation for it to continue to have positive impact on the society.

I’ll use my experience under Obasanjo to reposition Nigeria – Atiku

I'll use my experience under Obasanjo to reposition Nigeria - Atiku