Home » News » Olu of Warri: Do not rubbish the throne – Ibori appeals to Itsekiri people

Olu of Warri: Do not rubbish the throne – Ibori appeals to Itsekiri people 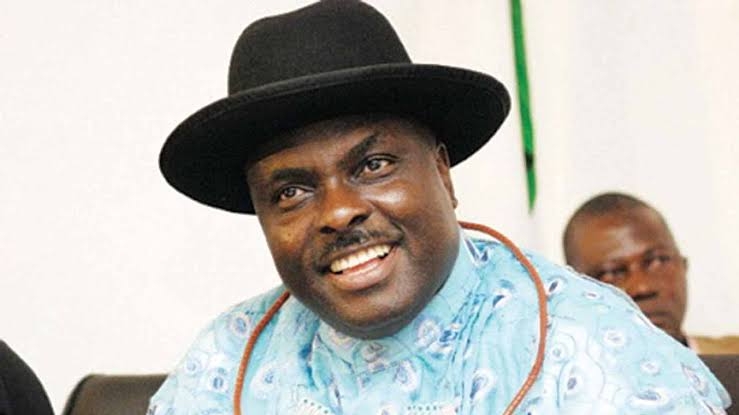 Former Governor of Delta State, James Ibori has appealed to the people of Itsekiri not to rubbish the ancient and prestine throne of the Olu of Warri.

TheNewsGuru.com (TNG) reports Ibori sent out the passionate appeal to the sharply divided Itsekiri people over the succession process to the coronation of the 21st Olu of Warri.

The former Delta State Governor urged the Itsekiri people not to do anything that would further “rubbish and diminish the ancient and pristine Olu of Warri throne.”

I can boldly say Tinubu is from Delta State – Ayiri Emami

Ibori made the call on Friday at his Oghara, Delta State country home when the Ologbotsere of Warri Kingdom, Ayiri Emami honoured the invitation of the former Governor to discuss the way forward on the raging matter.

Ibori, whose mother is Itsekiri from Abiugborodo in the Warri North Local Government Area of Delta State, addressed the Ologbotsere and his entourage in Itsekiri language all through his admonition.

According to the former Delta State Governor, who is popularly known as Odidigborigbo by his admirers, there is no alternative to peace and unity in the matter.

“I plead with all, no matter the divide you belong in this matter to at this point apply the brakes. We should stop doing things that will escalate the already tense situation.

“At moments like this, the best thing to ask, particularly by the elders who know the customs and tradition of the Itsekiri is: how do we normally do it? How do we do it?

“Everybody involved must come to the table to discuss the matter and fashion a way forward in this very delicate and potentially embarrassing matter.

“The Warri throne is highly respected nationally and internationally. We should not do anything to diminish it. We must not cut our nose to spite our face. Warri Kingdom is a pride of monarchy system in Nigeria and beyond. There must be a way around the current situation but certainly not to escalate it.

“I am willing to be part of an unbiased mediatory and reconciliatory body to resolve this matter as soon as possible.

“Despite the stage we are in, it is not too late to remedy the situation and reunite our people who are currently divided on the matter,” Ibori said.

Emami had earlier in his presentation updated the former Governor on the matter and why he decided to go to court after waiting without taking any action for over three months.

The embattled Ologbotsere lamented that all through the period his name was “being rubbished both in the traditional media and social media on a daily basis” simply because he “maintained that due process and due diligence vis-a-vis the extant laws guiding the succession to the Olu of Warri throne must be followed.”

In the entourage of Ayiri were Chief Samuel Omamuli (the Uwaoyiboyami of Warri), and Pa William L. A. Anukun (the Secretary-General of Ologbotsere Descendants worldwide).

Others are Pa Samuel B. O. Okorodudun, Barr. Clement Omotoye and Comrade Alex Eyengho (Spokesperson of Ologbotsere Descendants worldwide), and among others.