by Olaotan Falade
in News, Nigeria, Trending
Reading Time: 2 mins read
A A
0 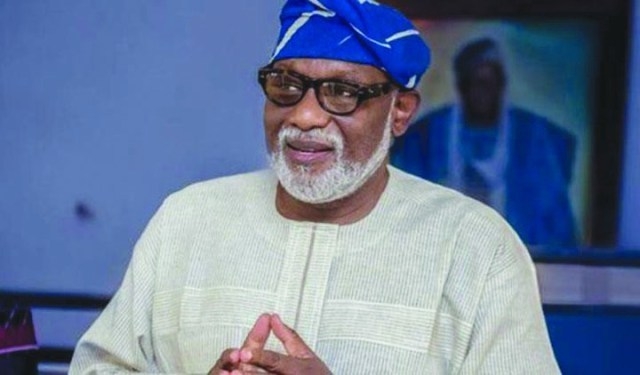 The Ondo State Government on Saturday declared that the result of the suspected case for Coronavirus in the state came out negative, hence, the state is still maintaining a Coronavirus free status.

The State Commissioner for Health, Dr Wahaab Adegbenro, made the declaration in Akure, saying that result of the blood sample of the suspected case came out negative on Friday evening.

Adegbenro said in view of this, there was no cause for panic, pointing out that all hands must be on deck to forestall its outbreak in the state.

He appealed to stakeholders to maintain personal and environmental hygiene, washing of hands regularly with soap and water, use hand sanitizer.

According to him, people should also avoid being in an environment where there are more than 10 people, avoid unnecessary travelling, especially interstate, to prevent the outbreak of the virus in the state.

The state government had earlier made some preventive measures by meeting with religious leaders to rub minds on how to prevent gathering for religious purposes.

This is part of the strategies to forestall the outbreak of the deadly virus and stem the tide if eventually there is outbreak.

The commissioner said that preventative measures, as an antidote to the outbreak and spread of the Coronavirus, is of utmost necessity.

He said that nations that were being referred to as the world giants have shut down their countries, both economically and socially, because of the coronavirus, now threatening to wipe out the entire human race.

“So, heads of religious organisations should discourage gathering of more than 10 people, handshake, holding hands to pray, using the same Holy Communion Cup, amongst others,” the commissioner advised.

He called on the Federal Government to rise up to the challenge of preventing and stemming the tide saying that the financial burden was beyond the state’s capability.

Also, the Special Adviser to the Governor on Health, Dr Jibayo Adeyeye, said: “it is not the will of the government to inconvenient people by restricting their movement and gathering.

“But, rather it is a drastic measure that must be taken in the overall interest of all.”

He promised that the state government would not rest on its oars to protect residents by preventing the outbreak in the state.

Commenting, Bishop Olufemi Bankole, who spoke on behalf of the religious leaders, pledged their supports for the government, tasking government to be up and doing to protect the citizenry.

Bankole urged the state government to step up sensitisation on the need to play the game according to the rules.

Herdsmen more dangerous than coronavirus in Nigeria – CAN

Herdsmen more dangerous than coronavirus in Nigeria – CAN

I will never apologize for being unmarried at 70- Odia Ofeimun