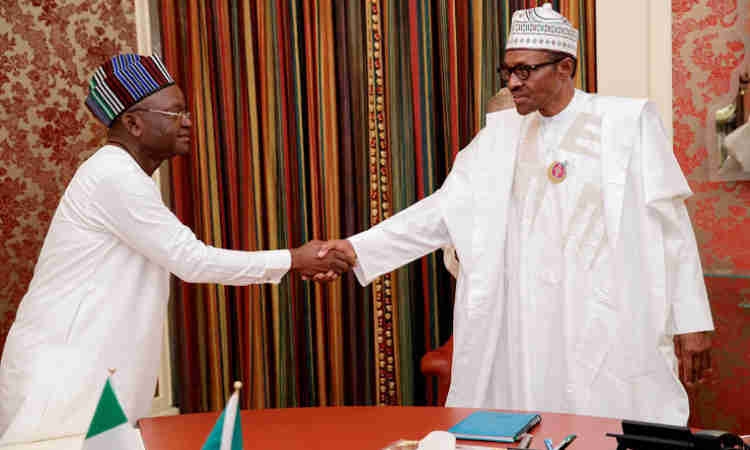 TheNewsGuru.com, TNG reports that the Presidency had on Monday faulted the recent resolutions of the Southern Governors, including the ban on open grazing in the entire southern part of the country.

A statement signed by Presidential spokesman Garba Shehu said the Governors’ resolutions failed to provide any solution to the lingering crisis between farmers and herders in the country.

Instead, the statement added, President Buhari has “commissioned and approved an actionable plan of rehabilitating grazing reserves in the States, starting with those that are truly committed to the solution and compliant with stated requirements.”

But the Benue State Governor, in a statement signed by spokesman Terver Akase, said the insistence on open grazing reserves was curious.

“We find the move not only shocking and curious but also as a misplaced priority,” the Ortom statement said.

“At a time the country is worried about the worsening security situation and many Nigerians are calling for national dialogue to address the fundamental issues that have led to the present state of affairs, the Federal Government considers the reopening of cattle grazing routes as the only solution available to it.”

The Governor faulted the Federal Government’s plan to commence rehabilitation work on grazing reserves in the country next month.

Ortom recalled that the Northern States Governors’ Forum (NSGF) had met on February 9 and agreed that the current system of herding mainly by open grazing is no longer sustainable, in view of the growing urbanisation and population of the country.

While noting that the Forum consequently resolved to sensitize herders on the need to adopt ranching as the new method of animal husbandry, Ortom said the 17 Governors of Southern Nigeria also met on May 11 in Asaba and banned open grazing in the entire region.

The Southern Governors, the Benue leader added, adopted ranching as the alternative method of rearing animals.

He added, “As it stands, the Presidency is the lone hand pushing for the continuation of open grazing and the return of cattle routes of 1950s and 60s. The Presidency has, by its endorsement of open grazing, emboldened armed herders who lay claim to all lands in Nigeria as belonging to Fulani, hence their invasion of farming communities and killing of original owners of such lands.

“The fact must be established that grazing reserves or cattle routes are no longer tenable in the 21st century when Nigeria’s population far exceeds that of the fifties at a time these routes were contemplated.

“At present, the routes have been taken over by airports, roads, schools, hospitals, as well as markets, houses and other human activities. The country’s land mass has also reduced to less than 923 square kilometers with the excision of Bakassi to Cameroon. Besides, the international best practice of animal husbandry is ranching; and that’s the stand of Benue State.”