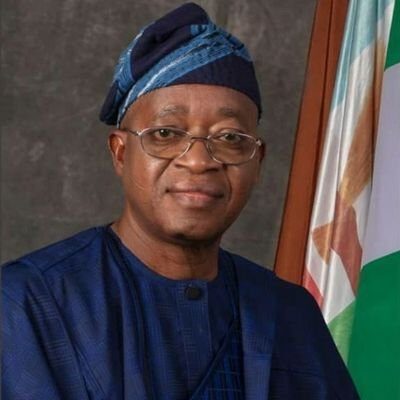 Gov. Gboyega Oyetola of Osun has urged the electorate in the state to safeguard their Permanent Voter Cards (PVCs) ahead of the July 16 gubernatorial election in the state.

Oyetola made the appeal during an interaction with members of the Nigeria Professional Photographers and Videographers Association on Wednesday in Osogbo.

Represented by his Special Adviser on Civic Engagement, Mr Olatunbosun Oyintiloye, the governor appealed to the residents not to allow any individual to deceive them to part with their PVCs.

The governor, who noted that the strength of the electorate is his or her PVC, urged them to jealously guard it.

Oyetola also urged those who are yet to obtain their PVCs to take advantage of the ongoing Continuous Voters Registration of the Independent National Electoral Commission (INEC).

“Some people will want to collect your PVC under the pretence of giving you money or material things.

“They are all liars. Those things that they did not give you two years ago, they are lying to give you a few months to the election.

“Our election is coming up on July 16, I appeal to you to get your PVC and use the same to support me and APC.

“Your PVC is your power. Don’t trade it for fake promises and always keep it safe.

“Use your PVC to protect and keep in office the administration that is serving you diligently,” the governor said.

Oyetola, who expressed optimism that APC would win the governorship election convincingly, commended the people of the state for their support since the beginning of his administration.

He pledged to continue to prioritise the people’s welfare and also protect their interests.

“I sincerely appreciate the people of the state for their support for us in the state, but you need to show more of this support in the coming election.

“As you know, I always protect your interest and this is obvious in all our developmental programmes and projects across the state,” Oyetola said.

The governor also appreciated members of the association for their support for the state government, with a promise that his administration would continue to provide an enabling environment for their businesses.

In his remarks, the chairman of the association, Mr Isaac Adegoke, commended the state government for its various developmental projects across the state.

He also appreciated the government for “its unique approach to good governance through continuous engagement with the people’’.

Adegoke, while also presenting an award for best performance in service to Oyintiloye, said it was to appreciate the contribution and value-added by the Civic engagement centre in reaching out to all social strata in the state.

He also urged all members of the association to vote for Oyetola in the next election.

NAFDAC DG reveals her vision for the agency