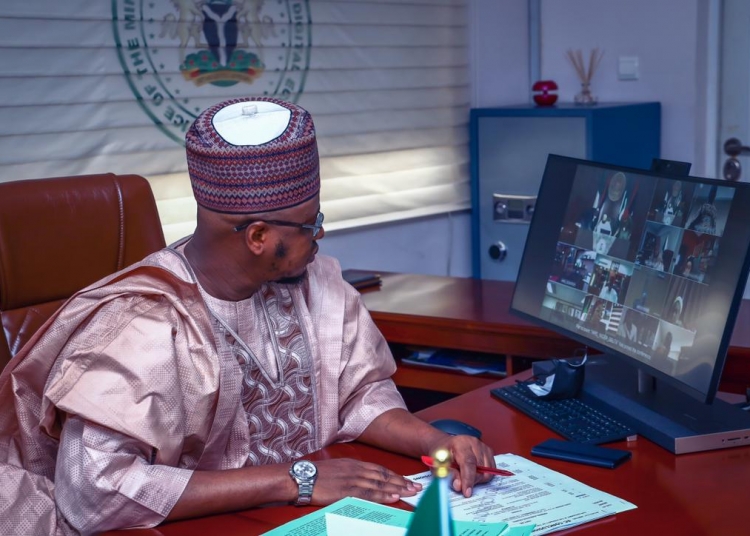 The Federal Executive Council (FEC) meeting held on Wednesday with the Minister of Communications and Digital Economy, Isa Pantami in attendance, and the Federal Government keeping mum on overwhelming calls for his removal.

After the meeting, the Minister of Information and Culture, Lai Mohammed was questioned by state house correspondents on the council’s disposition towards increasing calls for Pantami’s removal.

Lai Mohammed simply replied that the issue was not discussed at the council meeting.

Pantami has been under fire for his radical preachings and pro-terrorists comments, which he says he has since denounced.

The calls for Pantami’s removal gained momentum over the weekend as Human rights activists, social media users, and even the opposition party PDP called for the removal of Pantami over statements he made in the past in support of Islamic extremist groups.

The increasing calls follow the revealing of audio recordings of Mr Pantami’s past teachings where he declared support for Al-Qaeda and Taliban.

This generated debates on social media platforms with many Nigerians calling for his removal and others defending the Minister who is also an Islamic Cleric.

In response, Pantami denied any links with the groups. He, however, admitted making the controversial statements supporting the groups but said he has since renounced those radical assertions.

According to Pantami, the past radical ideas he was championing were due to age, immaturity, and limited knowledge. This excuse however has not calmed the Twitter storm which is threatening to sweep him from office.