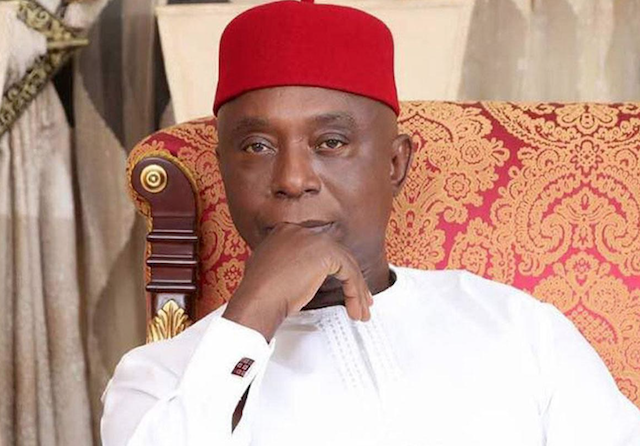 Mr Ned Nwoko, the Lead Consultant for the recovery of over deductions from Paris and London clubs debt buy back funds, says his firm was being owed only 68 million dollars not 418 million dollars.

Nwoko was reacting to the flurry of allegations and claims trailing his company’s demand for the payment of fees from the state governments and local government councils in the country, on Saturday in Abuja.

The Lead Consultant of Linas International, frowned at the recent outbursts of the Chairman of the Nigeria Governors Forum (NGF), Gov. Kayode Fayemi of Ekiti, regarding the Paris Club refund.

The Minister of Justice and Attorney General of the Federation, Abubakar Malami, had featured at the weekly briefings coordinated by the Presidential Media Team, on Aug. 11, where he spoke extensively on issues surrounding the refund,

He stated that there was no basis for agitation by the NGF concerning deductions from the Paris Club refund paid to the consultants they hired.

Malami had also described the governors’ action as akin to crying over spilled milk.

The governors after their deliberations at the Presidential Villa Abuja on Wednesday, allegedly accused the Minister of orchestrating the deductions from their funds to settle the consultancy fees.

Nwoko, however, absolved Malami of any wrongdoing as he said the minister was only trying to ensure that the law was obeyed.

According to him, his firm has nothing to do with 418 million dollars, saying this must be a miscalculation.

He absolved the Attorney General of the Federation, Abubakar Malami of any wrongdoing as he said the minister was only trying to ensure that the law was obeyed.

”I am compelled to embark on this public engagement to debunk the litany of lies, spin and false narratives that had been dished out.

”This was to abuse the minds of the undiscerning public by the Chairman of NGF, Fayemi, against the payment of consultancy fees.

”The fees are legitimately earned and owed my firm for services rendered and which the states and local governments have fully been refunded.

”The outstanding fees owed my firm with regards to last work done for the states is approximately 68million dollars and not 418million dollars as maliciously sought to be conveyed by Fayemi and co.

”Our original claims calculated based on agreed terms was well in excess of 300million dollars.

”We offered huge discount on the entitlement to accept the 68million dollars,” he said.

Nwoko stated that the agreements and judgment being executed were reached before the advent of the present administration.