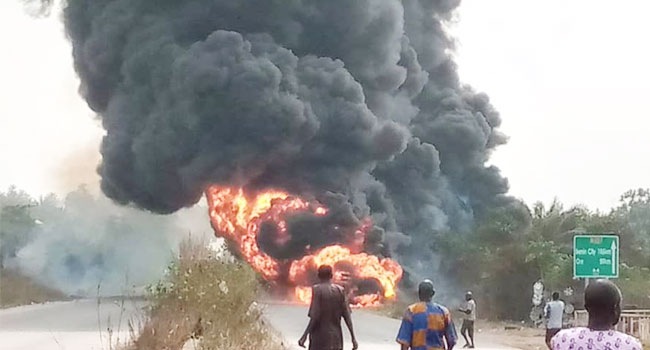 A petrol-laden tanker has exploded at Ajayi Farm Bus-Stop along the Alagbole-Akute Road in Ogun State.

TheNewsGuru.com, TNG reports that Alagbole-Akute is a border community between Lagos and Ogun states.

Sources said the incident occurred very early on Saturday morning at the retail station of the Nigerian National Petroleum Corporation (NNPC) in the area.

According to eye witness accounts, the tanker had come to the NNPC facility to supply petrol.

The witness who does not want to be name said the truck had off-loaded its first compartment and while discharging the content in its second compartment, there was a spark at the underground storage tank.

In the process, the storage tank was gutted by fire and melted the hose being used to off-load the content of the truck.

In a bid to prevent the inferno from causing more damage, the driver of the truck was said to have jumped into the vehicle and moved it to the road, away from the filling station where the tanker exploded moments later.

Witnesses said the fire started at about 6:45am while the firefighters were immediately contacted, and they arrived at the scene at about 7:23am.

No injury or death was recorded as a result of the incident.

Meanwhile the firefighters seen at the scene were officials of the Lagos State Emergency Management Agency (LASEMA).

Officials of the Federal Fire Service were also said to have arrived at the scene of the incident shortly after the fire had been put out. 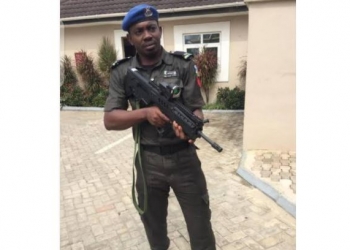 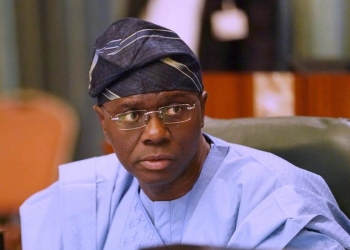