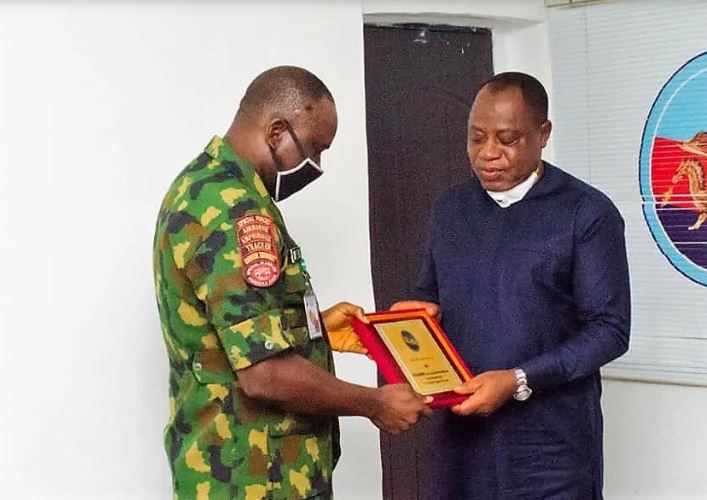 The Deputy Inspector General of Police, DIG in charge of Force Criminal Intelligence And Investigation Department (FCIID), Anthony Ogbizi, has expressed gratitude to the Nigeria Army for responding swiftly to avert what could have become full blown security crisis at Ebem Ohafia in Ohafia Local Government Area of Abia State.

According to reports, a police operative (now arrested) last month shot and killed one Mr Friday Arunsi, a middle-aged businessman at his shop in Ebem Ohafia community.

According to eyewitness accounts, the late businessman and his uncle, Moses, were offloading their consignment of beverages from a truck at their store at Eni Njoku Street in Ebem when some policemen walked into the shop. He said that the policemen told Moses and Arunsi to stop offloading their goods from the truck that brought the consignment but Arunsi and his uncle asked them why they should stop.  Instead of giving them a reasonable response, the policemen threatened them and later walked to the police station where they signed for a gun which they allegedly used to kill Arunsi on their return.

The youths in retaliation of the killing attacked the Ohafia Police Station and released inmates. The irate youth also burnt Ebem Customary and Magistrate Courts alongside the police quarters, DPO’s residence and some vehicles in the compound. However, the army 14 Brigade and its Commander General Solomon Babatunde Kumapayi quickly rose to the occasion by calming the youths and ensuring law and order was restored in the tensed community.

In appreciation of the timely and professional intervention of the Commander, the DIG paid a thank you visit to the Commander on Monday in the company of the new Abia CP, Janet Agbede and AIG Zone 9 Umuahia, Baba Tijani. The DIG extolled the synergy that exists between members of the Nigeria Police and the Army.

According to DIG Ogbizi, Ohafia would have been on fire without the intervention of the Army, maintaining that if weapons looted from the police armoury after it was torched down by the angry protesters had gotten into the hands’ criminals, the people of the State would have been in a serious security challenge. He maintained that the police exercised restraint not because they are weak, but they are avoiding a situation of shielding blood.

The DIG while calling on the Army to extend cooperation to the new CP in the state, said such synergy is vital in the overall security of the country.

In his response, Brig-General Kumapayi said the visit of the DIG from Abuja to Ohafia indicates that he has the interest of his people at heart, saying its intervention into the disturbances is in line with its constitutional duty.

While expressing appreciation for the visit, he said the damage recorded in the protest of the killing of Friday Arunsi was alarming, adding that the police acted professionally by exercising restraint. He expressed willingness to continue to extend such cooperation to the police and other security agencies in the discharge of their duties for maximum result.  He said the visit of the DIG has cemented the relationship that exists between the agencies as well as boosting the morale of the police officers in the state, adding that the Army will continue to ensure a good working relationship with the police and other security agencies. 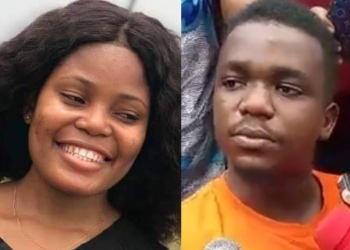 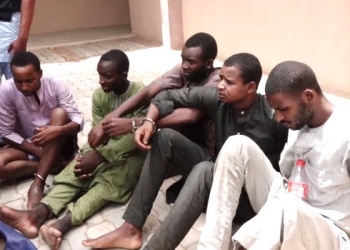