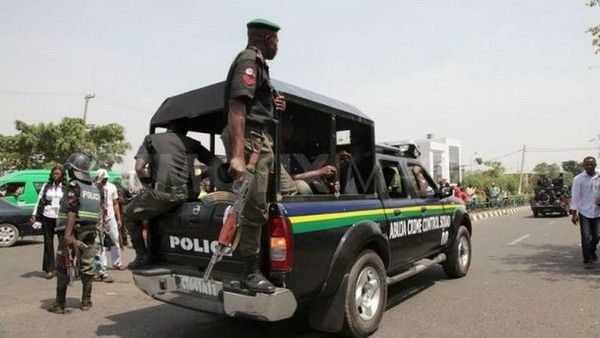 Police have arrested a man identified as Azeez Agboola for allegedly parading himself as a legal practitioner in Ogun State.

Mr Abimbola Oyeyemi, the Police Public Relations Officer in the state, confirmed the arrest of the suspect in a statement on Thursday.

The 50-year-old suspect, a resident of Oko Afor area of Badagry in Lagos State, was arrested while appearing as a counsel before Chief Magistrate B.I. Ilo at the Chief Magistrate Court in the Agbara of Ogun State.

According to Oyeyemi, the suspect’s presentation in court aroused the suspicion of the chief magistrate who invited the police to arrest him for proper interrogation, in order to authenticate his claim of being a lawyer.

“Upon his arrest, the suspect was personally interrogated by the Divisional Police Officer (Agbara Division), Superintendent of Police Dahiru Saleh, and he confessed that though he read law in the university, he has not been called to bar since he has not passed the law school examination,” the statement said.

In his reaction, the Commissioner of Police in Ogun, Edward Ajogun, ordered that the suspect be charged to court as soon as possible.

Elsewhere in the state, two students of the same parent were crushed to death in an accident involving a motorcycle and a truck along the Sagamu-Ikorodu Road.

The spokesman for the Traffic Compliance and Enforcement Corps (TRACE), Babatunde Akinbiyi, confirmed the death of the victims to journalists.

He explained that the incident occurred at about 7:57am on Thursday and was caused by reckless driving and impatience on the part of the motorcycle rider.

“There were four students on the motorcycle when the incident happened; three students of Idagba Community High School, Sotubo and Wesley Primary School, Ogijo, with one of them riding the motorcycle conveying him and the others to school,” Akinbiyi said.

He added, “In an attempt by the motorcyclist to find its way in between two trailers, the motorcycle fell on its side and the rear tyre of one of the trailers ran over them.”

No new players to be invited for World Cup qualifiers - Rohr