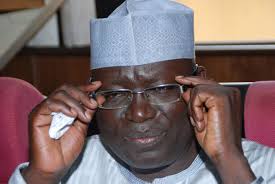 The Supreme Court, on Wednesday, upheld a sentence of six years jail term with N22.9 billion fine for a former official of the Police Pension, John Yusufu Yakubu, who was convicted for stealing N25 billion while in office.

A five-member panel of the court unanimously affirmed the decision of the Court of Appeal in Abuja which imposed the sentence in 2018.

Agreeing with the N22.9 billion fine added to six years jail term, Tijjani Abubakar, who read the Supreme Court’s lead judgement, said it was in tandem with the gravity of the offence and its impact on retired police officers who are the victims of the crime.

“It must be made clear that victims are entitled to be compensated. I fully endorse the judgement of the lower court,” Mr Abubakar said.

He described the January 2013 decision of the High Court of the Federal Capital Territory in Abuja, which initially sentenced the pension thief to two years’ imprisonment with an option of N750,000 as a mere slap on the wrist.

Mr Abubakar said the sentence imposed by the High Court was paltry and insignificant.

“Considering the humongous amount stolen, the nature and gravity of the crime and its destructive effect on the country and its impact on retired police officers and the grave breach of public trust, a severe sentence that would deter the further commission of such a crime and prevent the convict from retaining any part of what he stole to avoid him obtaining financial benefit from his crime should be imposed,” Mr Abubakar said.

Other members of the five-member panel led by Helen Ogunwumiju agreed with the lead judgement. Others on the panel were Musa Dattijo Muhammad, Centus Nweze, and Adamu Jauro.

Mr Abubakar read the concurring decisions of the other four members who were all absent from the proceedings on Wednesday.

Another Justice of the Supreme Court, Emmanuel Agim, who was the judge that prepared the Court of Appeal’s lead decision in 2018, was seated beside Mr Abubakar.

Mr Agim was not part of the Supreme Court’s panel that decided Yakubu’s case, but was only present to read other judgements in other appeals he was involved in.

Recall that Mr Yakubu, a former official of the Police Pension, in 2013, pleaded guilty to stealing the humongous amount of pension fund, but walked free after paying a paltry N750,000 fine imposed by the trial court.

He was the only one among other defendants who pleaded guilty to three of the counts filed against them by the Economic and Financial Crimes Commission (EFCC).

The trial judge, Abubakar Talba, then of the FCT High Court in Gudu, Abuja, had in his judgement delivered on January 28, 2013, sentenced Mr Yakubu to two years’ imprisonment with an option of an N750,000 fine.

The judgement was widely criticised for imposing the light sentence seen as disproportionate to the gravity of the offence.

Following an appeal filed against the decision by the EFCC, the Court of Appeal in Abuja quashed the sentence given by the High Court and replaced it with six years’ imprisonment in addition to an order for the convict to refund N22.9 billion to the public treasury.

The court agreed with EFCC’s legal team led by Rotimi Jacobs supported by Oluwaleke Atolagbe that the High Court’s decision was unreasonable.

In the decision delivered on March 21, 2018, the Court of Appeal held that “the sentences levied” by the High Court “are light and lenient ones.”

Emmanuel Agim, who read the lead judgement of the three-member panel of the Court of Appeal, noted that the convict admitted to misappropriating or stealing N24 billion but was given the option to pay a fine of N750,000 fine for him to enjoy the huge balance he had in his possession.

He added: “The funds stolen or misappropriated by the convict are police pension funds for the payment of monthly pensions and other retirement benefits of police officers nationwide.

“The theft or misappropriation of over N24billion of that fund would make the prompt payment of monthly pensions to retired police officers very difficult, if not impossible, with attendant hardship and suffering inflicted on such retired officers who rely on their monthly pensions as their only means or source of sustenance in retirement.”

He added that the “hopeless, helpless and dehumanising conditions the crime has put the retired police officers into is obvious”.

He also noted that the offence “has become habitual and widespread amongst government officials in pensions departments of government whose duties are to be in the custody of pension funds and process the payment of gratuities, monthly pensions and other retirement benefits to retired public servants.”

After quashing the sentences imposed by the High Court, the judge imposed two years’ imprisonment on Mr Yakubu for each of the three counts he was convicted on.

He ordered that the sentences shall run consecutively, meaning that the convict would spend the cumulative six years in jail.

Mr Agim also imposed fines of N20 billion, N1.4billion and N1.5billion on the convict in addition to each of the prison terms attached to the three respective counts.