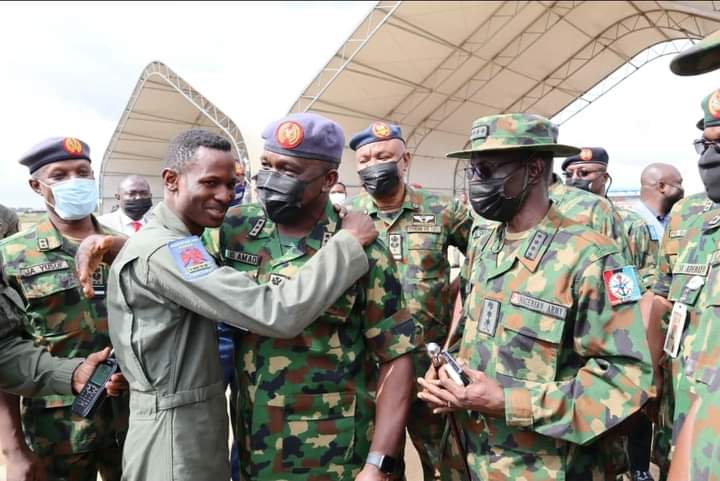 Dairo had successfully ejected himself from an aircraft that came under “intense ground fire from bandits” in Zamfara, last week

The President’s spokesman, Malam Garba Shehu, in a statement in Abuja on Tuesday, said Buhari, who was briefed on the successful operation by the nation’s defence forces to rescue the pilot, said he was pained by news of the air crash.

He said: “I was shocked by the devastating news of the air crash but felt much relieved, following the successful ejection by the pilot and his eventual rescue.

“May the injured pilot recover at the earliest time.’’